Launching a direct attack on Chief Minister Mamata Banerjee, West Bengal BJP chief Dilip Ghosh said that the removal of names of Muslim infiltrators will stop Mamata from appeasing the people of a particular community. 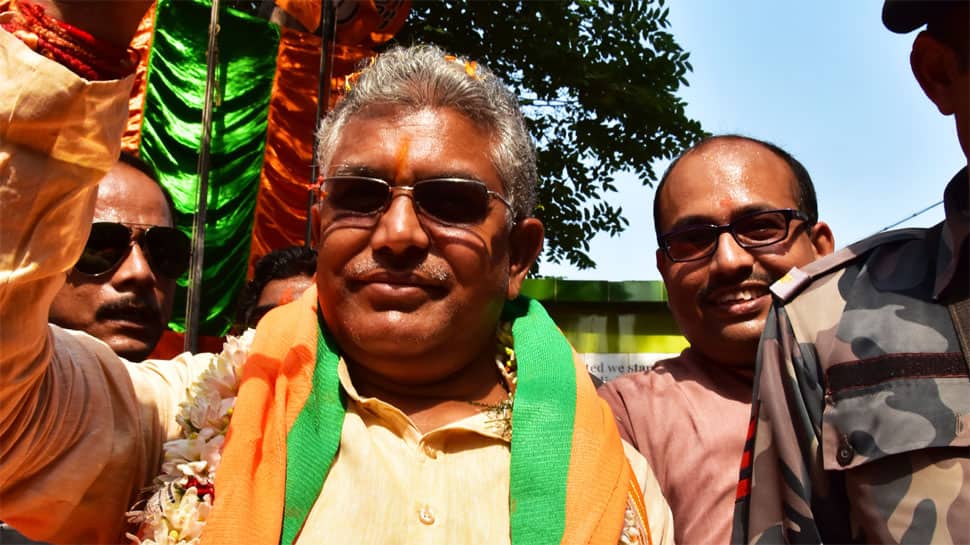 Amid the ongoing protests against the Citizenship Amendment Act (CAA) and proposed pan-India National Register of Citizens (NRC), West Bengal BJP chief Dilip Ghosh on Sunday claimed 50 lakh Muslim infiltrators will be identified and thrown out of India if needed.

Ghosh made the statement, which is set to spark a political debate, while addressing a rally in the North 24 Parganas district of West Bengal. "50 lakh Muslim infiltrators will be identified, if needed they will be chased out of the country."

Launching a direct attack on West Bengal Chief Minister Mamata Banerjee, Ghosh said that the removal of names of Muslim infiltrators will stop Mamata from appeasing the people of a particular community.

"Firstly, the names of Muslim infiltrators will be removed from voters` list then didi (in reference to Mamata Banerjee) cannot appease anyone," he said.

The West Bengal BJP chief asserted that the removal of the names from of infiltrators from the voters' list will reduce the number of votes to Mamata Banerjee in the 2021 state assembly election. "Once this is done didi`s votes will be reduced and in the coming elections, we will get 200 seats, she will not even get 50 seats," he said. Ghosh also slammed the Congress and other opposition parties for protesting against the CAA and NRC, saying "their hearts bleed for infiltrators".

The BJP leader, last week, sparked a major row by saying that those involved in damaging public property should be shot dead. He had also attacked Mamata Banerjee of failing to take action against the rioters because "they are her voters".

It may be recalled that several protests were held in different parts of West Bengal, many of which turned violent, against the CAA. The new legislation grants citizenship to Hindus, Sikhs, Jains, Parsis, Buddhists and Christians fleeing religious persecution from Pakistan, Afghanistan, and Bangladesh and who came to India on or before December 31, 2014.