At least 8 patients died after a massive fire broke out at Shrey hospital in Gujarat's Ahmedabad on Wednesday (August 5) night. The fire erupted at the fourth floor of the hospital located in Ahmedabad's Navrangpura area. 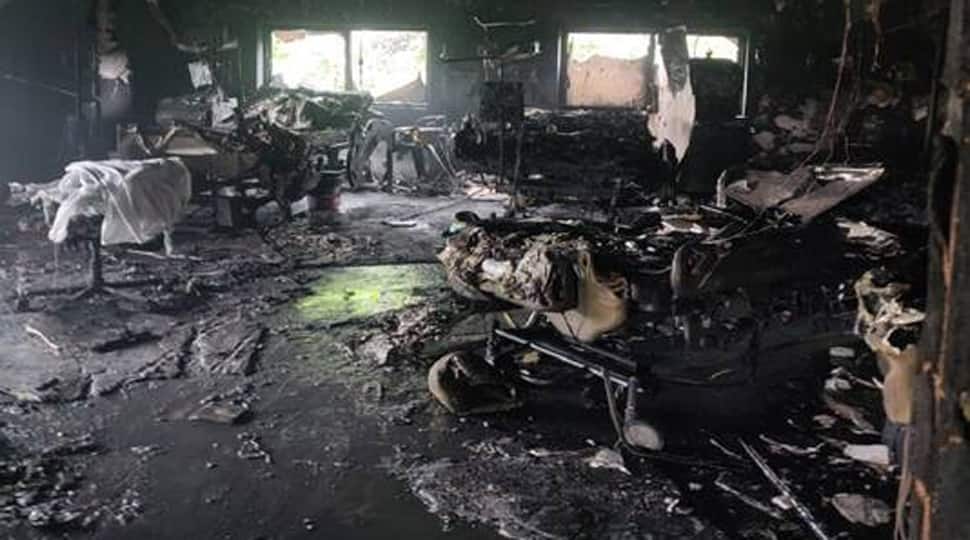 At least 8 patients died after a massive fire broke out at Shrey hospital in Gujarat's Ahmedabad on Wednesday (August 5) night. The fire erupted at the fourth floor of the hospital located in Ahmedabad's Navrangpura area.

It is learnt that 41 other patients were shifted to other hospitals following the fire incident at the hospital. Firefighters have managed to control the fire which broke out at the Intensive Care Unit (ICU) of the hospital.

The manager of Shrey Hospital has been detained by police.

Rajiv Kumar Gupta, Additional Chief Secretary, Gujarat, said that Shrey Hospital has been sealed and 41 patients were shifted to Sardar Vallabhbhai Patel Hospital. He added that bodies were sent for post-mortem.

Prime Minister Narendra Modi has expressed grief over the incident and said that he was saddened by the tragic hospital fire in Ahmedabad.

Saddened by the tragic hospital fire in Ahmedabad. Condolences to the bereaved families. May the injured recover soon. Spoke to CM @vijayrupanibjp Ji and Mayor @ibijalpatel Ji regarding the situation. Administration is providing all possible assistance to the affected.

The prime minister added that he spoke to Gujarat CM Vijay Rupani and Ahmedabad Mayor Bijal Patel over the incident.

PM Modi has also announced ex-gratia of Rs 2 Lakhs each from Prime Minister's National Relief Fund (PMNRF) to the next of kin of the deceased. He announced that Rs 50,000 will be given to those injured due to the fire.

CM Rupani has ordered a probe in the incident of fire and has asked Sangeeta Singh, Additional Chief Secretary (Home Department), to lead the probe. The CM has ordered for a report within 3 days.

CM Rupani has also announced Rs 4 lakh ex-gratia to families of victims of fire incident. Injured persons will get Rs 50,000 as compensation.

Union Home Minister Amit Shah has also expressed anguish over the incident and expressed his condolences to the families of the deceased. "Deeply anguished by the loss of lives due to a tragic fire accident at a hospital in Ahmedabad. My condolences and thoughts are with the affected families in this hour of grief. Praying for the speedy recovery of those injured," the home minister said in a tweet.