In a major boost for security forces, nine Hizbul Mujahideen terrorists have been killed in encounter in Jammu and Kashmir in the last 24 hours, including four on Monday (June 8). 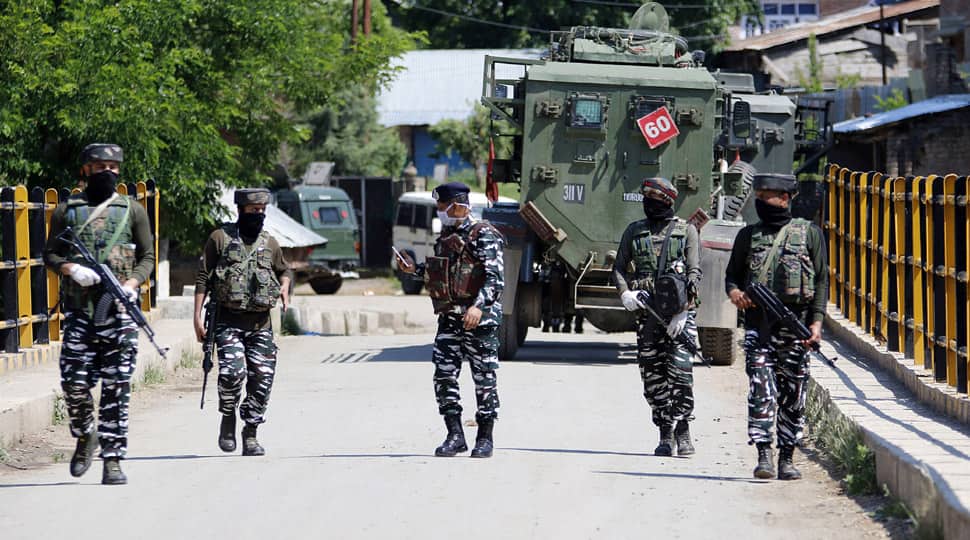 In a major boost for security forces, nine Hizbul Mujahideen terrorists have been killed in encounter in Jammu and Kashmir in the last 24 hours, including four on Monday (June 8).

According to Jammu and Kashmir DGP Dilbag Singh, four terrorists were killed by security forces in an encounter in Pinjora area of Shopian district of Jammu and Kashmir on Monday. Security forces had recovered the bodies of the eliminated terrorists and were trying to ascertain their identities. Three security personnel also got injured in the operation and were admitted to hospital.

“All four terrorists killed in another Police operation launched this early morning today along with Army and CRPF units. They belong to Hizbul Mujahideen and two are high ranking and old ones. With this 9 terrorists of HM outfit have been killed in the last 24 hours," said Jammu and Kashmir DGP Dilbag Singh.

Security forces recovered two AK-47 rifles, one SLR and one pistol from the encounter site after the conclusion of the operation.

The encounter started on Sunday (June 7) night after a joint cordon and search operation was launched by Army's 44 RR, police and CRPF. According to police, as the team cordoned the spot, the hiding terrorists fired upon the security forces which forced them to open fire at the terrorists thus triggering the encounter.

It was  second operation against the terrorists in the last 24 hours and five terrorists were killed in Reban area of Shopian on Sunday (June 7). A top commander of Hizbul Mujahideen was also killed in the encounter. The gunbattle started between terrorists and joint forces of 178 battalions of Central Reserve Police Force (CRPF), Rashtriya Rifles and Special Operation Group on Sunday morning and went on for several hours, before it came to end with the killing of five terrorists.