Kerala Forest Minister K Raju confirmed the report and stated that more people are reportedly involved in the crime and the process to arrest all the accused is underway. 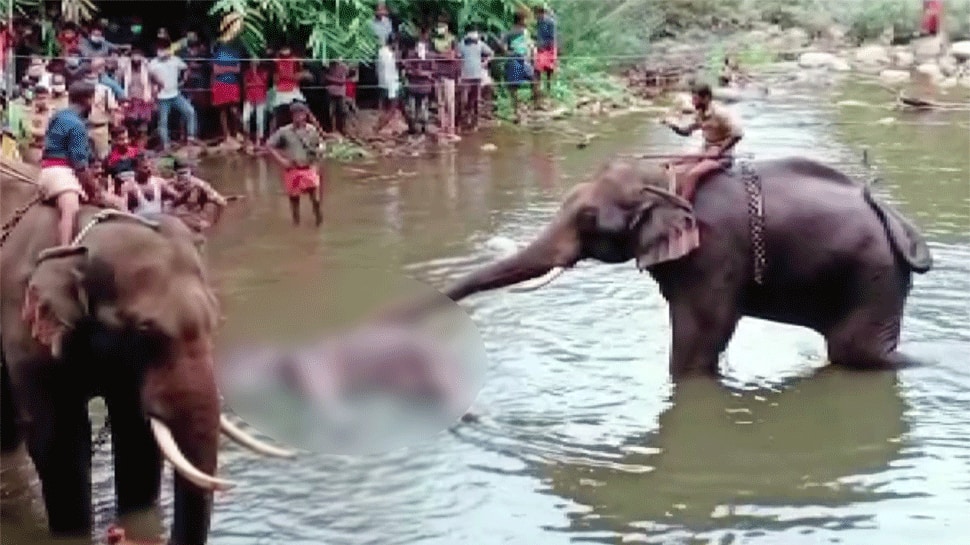 Kochi: The Kerala Forest Department on Friday (June 5) arrested one person in the killing of pregnant elephant Vinayaki in Palakkad, an incident that left millions of hearts bleeding across the country. The probe team are also checking if the killing last month was the work of illicit liquor brewers who do their job in the forests.

Kerala Forest Minister K Raju confirmed the report and stated that more people are reportedly involved in the crime and the process to arrest all the accused is underway. Strict action will be taken in the matter to ensure such incidents are not repeated in the future, he said.

Vinayaki, a pregnant wild elephant died in Palakkad district on May 27 after it ate a pineapple stuffed with crackers, offered to her by some locals. According to forest officials, the elephant suffered an injury in its lower jaw and died standing in river Velliyar.

"There may be some type of crackers inside the fruit. In such cases, blast occurs and the animal can not even drink water. The primary post mortem reports said that this case is like that. Let it be investigated," K Raju said.

The death of the pregnant elephant has sparked a controversy, with Kerala Chief Minister Pinarayi Vijayan terming the unfortunate death as a painful thing and Union Environment Minister Prakash Javadekar saying that the Centre has taken a serious note of the incident.