Taking a jibe at CM Adityanath, Akhilesh said that he should first help the farmers by saving their crops from the bulls. 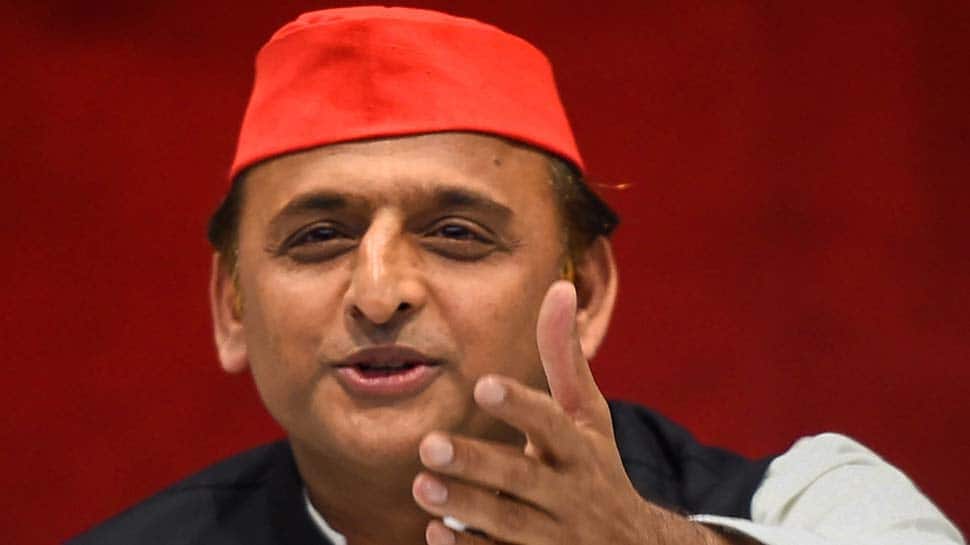 "I would like to tell CM that people have given him 90 days, do something to save the crops from the bulls. Farmers need to be saved first," said Akhilesh.

"We have just celebrated January 26, if a CM says such things on 26 January you can imagine what kind of CM he must be," Akhilesh took a jibe at Yogi.

CM Adityanath on Saturday said people's "patience" on the issue of Ram temple is "fast running out" and if the Supreme Court is unable to give an early verdict on the dispute, it should "hand it over to us" and it will be resolved within 24 hours.

"By adding the title dispute unnecessarily, the Ayodhya dispute is being prolonged. We appeal to the Supreme Court to give us justice at the earliest, to the satisfaction of millions of people, so that it can become a symbol of people`s faith. But if there is an unnecessary delay, institutions may lose people`s trust," he added.

The Chief Minister said, "the unnecessary delay ... is causing a crisis so far as people`s patience and trust are concerned."

"I want to say that the court should give its verdict soon, and if it is unable to do so, it should hand over the issue to us. We will resolve the Ram Janmabhoomi dispute within 24 hours. We won`t take 25 hours," he said.

Asked why the Centre had not brought an ordinance, Adityanath said the matter was sub judice. "Parliament cannot discuss matters that are sub judice. We are leaving it to the court. Had the court given justice based on the 1994 affidavit filed by the then central government, a good message could have gone to the country. It would have been a nice example. But this unnecessary delay is causing a situation where people`s patience is fast running out."

He said the question was not of gain or loss in elections but the faith of countrymen.