The Union Home Minister directed officials to ensure the benefits of the refugee package to all the refugees from PoJK, West Pakistan and those who had to migrate from Kashmir to Jammu at the earliest. 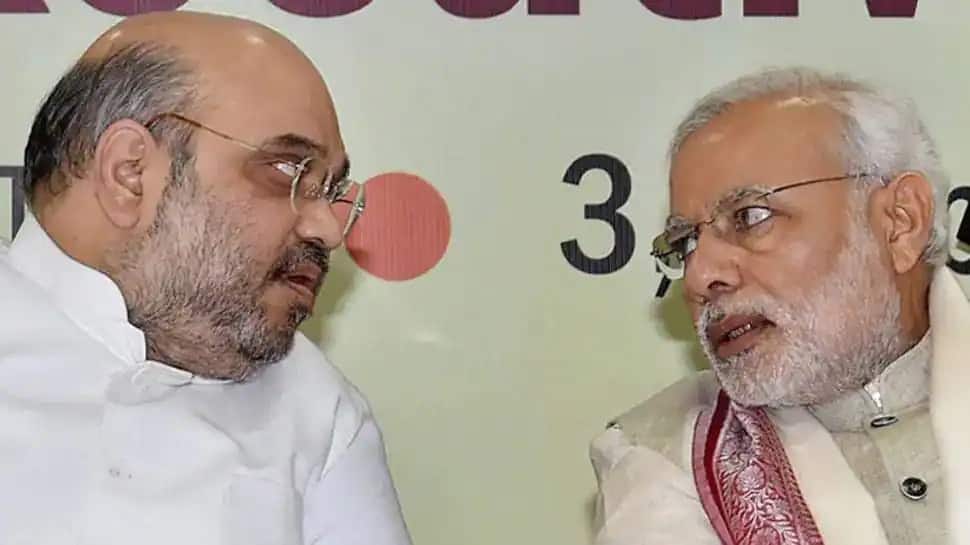 New Delhi: Union Home Minister Amit Shah on Friday (June 18, 2021) said that all-round development of Jammu and Kashmir is the 'top priority' of the Modi government.

During the review meeting of various development projects of the Union Territory, Amit Shah also appreciated the 90 per cent reach of the Central Government's schemes in Jammu and Kashmir.

"The Home Minister impressed upon speedy completion of the Prime Minister's development package, flagship and iconic projects and industrial development projects," the Ministry of Home Affairs said in a press release.

Amit Shah also directed to ensure the benefits of the refugee package to all the refugees from PoJK, West Pakistan and those who had to migrate from Kashmir to Jammu at the earliest.

He asked for the completion of other development schemes at a fast pace and directed starting the 3000 MW Pakal Dul and Keeru hydroelectric projects and fast-tracking other 3300 MW projects.

The Union Home Minister also stressed on increasing the scope of MGNREGA to provide employment to more and more people.

He stated that work should be done to increase the quality and density of apple production in Jammu and Kashmir so that apple growers receive the maximum price for the crop. Shah directed the J&K administration to ensure that all farmers are provided benefits of schemes being implemented for farmers.

He also congratulated J&K Lieutenant Governor Manoj Sinha and his team for the COVID-19 vaccination drive being 76 per cent.

The review meeting comes at a time when there are speculations that the Centre is likely to hold a meeting with all regional parties in Jammu and Kashmir on June 24 as part of its initiatives to bolster political processes, including holding assembly elections in the union territory.

The meeting is likely to be chaired by Prime Minister Narendra Modi and attended by Amit Shah and other central leaders. It will be the first such meeting since the Centre announced the abrogation of Jammu and Kashmir's special status and its bifurcation into union territories in August 2019.