The PMK is influential in the northern and Western belt of Tamil Nadu and has a significant support base consisting of the Vanniyar community. 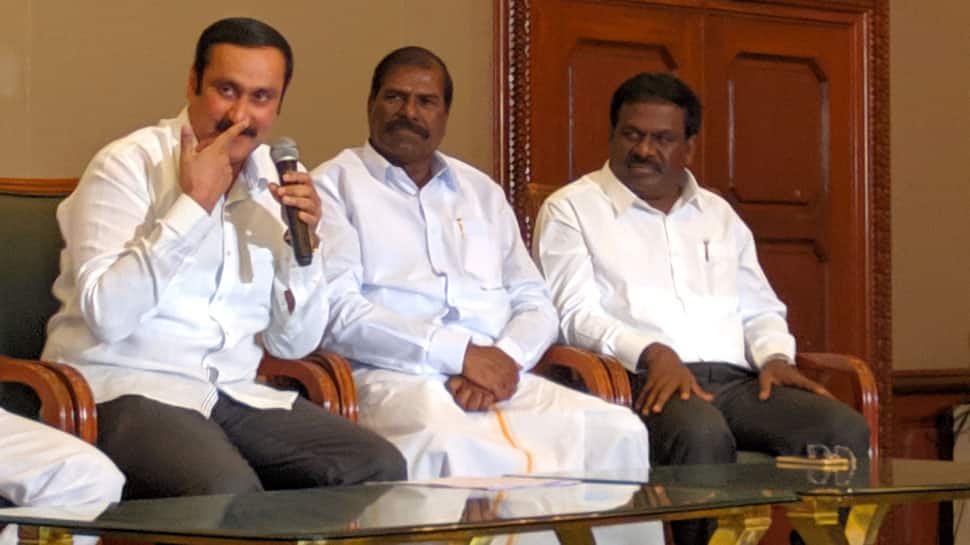 CHENNAI: PMK youth wing President and Lok Sabha MP from Dharmapuri, Anbumani Ramadoss spoke to reporters here and elaborated about his party's decision to ally with the AIADMK-BJP combine in Tamil Nadu ahead of the upcoming Lok Sabha polls.

The PMK has been allotted 7 Lok Sabha seats and 1 Rajya Sabha seat in the alliance. The PMK is influential in the northern and Western belt of Tamil Nadu and has a significant support base consisting of the Vanniyar community.

Anbumani and his father Dr. Ramadoss had been vocal critics of both Dravidian parties and in the past had spoken about not allying with them. But their seat-sharing pacts, alliance with the AIADMK was announced on February 19 after talks between the party leaders at a star hotel. Later that evening the AIADMK announced its alliance with the BJP as well.

To questions regarding the alliance with the AIADMK, which went against the PMK's earlier stance, Anbumani replied that their party's decision was taken keeping in mind the 'interests and welfare of the people of Tamil Nadu and was taken in consultation with the party rank and file'. He also stated that the current situation in Tamil Nadu is different, in the absence of Jayalalithaa and Karunanidhi and hence the interests of the state need to be protected.

Anbumani also mentioned about the 10-point demand that his party had put forth to the AIADMK. The points include exemption of Tamil Nadu from the NEET exam for medical entrance, release of 7 convicts in the Rajiv Gandhi case, complete prohibition of liquor and opposing Karnataka's attempts to build a reservoir at Mekedatu over the Cauvery river, among others.

Speaking about the list of corruption charges against the AIADMK that he had earlier handed over to the Governor, Anbumani said that the matter was under investigation and if they are found to be true, severe action must be taken.

Responding to questions regarding  NEET and the release of the Rajiv Gandhi case convicts, which require intervention of the Central government, he said that they would reiterate their demands while they meet with the BJP.

The two major camps in Tamil Nadu are the AIADMK-BJP-PMK combine and the DMK-Congress-Left parties. Smaller regional outfits in the state are also said to be in talks with both factions.