Alwar gangrape case not a political issue for me, justice will be served: Rahul Gandhi

"This is not a political issue for me. I met the victim's family. Action will be taken against culprits. Justice will be done," Rahul Gandhi said. 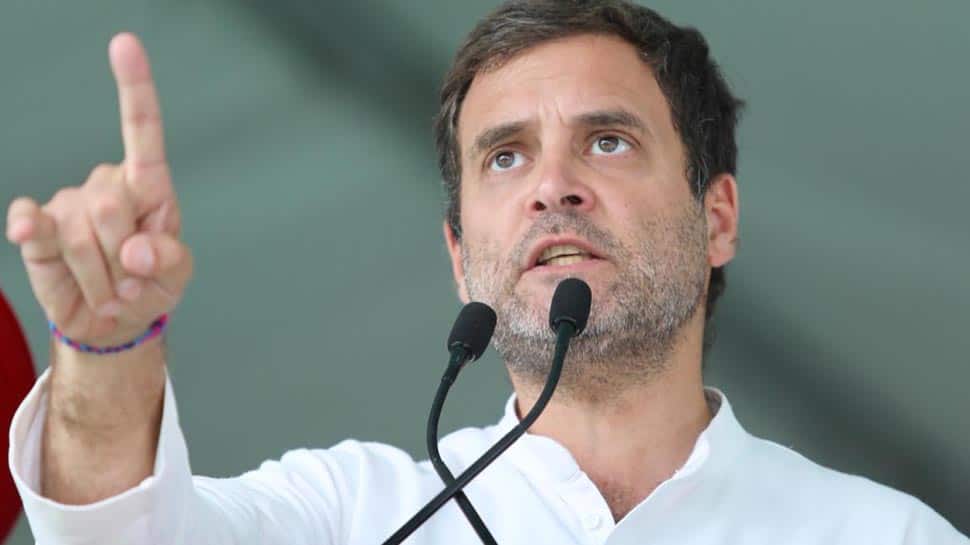 Alwar: Congress president Rahul Gandhi on Thursday met the Alwar gangrape victim and her family and assured that justice will be served.

Speaking to the media, Rahul said, "This is not a political issue for me. I met the victim's family. Action will be taken against culprits. Justice will be done.”

Rahul was slated to visit Alwar on Wednesday but the trip was cancelled due to bad weather.

At the meeting, Gehlot announced that the victim will get a government job. He said that the accused will be given severe punishment for their crime and meanwhile, two SPs will be deployed in the district.

The Gehlot government in the state had come under fire over the incident from Bharatiya Janata Party (BJP) and Bahujan Samajwadi Party (BSP).

The BJP demanded the resignation of Gehlot, alleging complete "failure" of law and order in the state while Mayawati said that “the Congress government suppressed the matter of gang rape for their politics.”

On April 26, six miscreants accosted the woman and her husband on the Thanagazi-Alwar bypass and took them to an isolated place, where they allegedly raped her in front of him. An FIR was lodged on May 2 and the accused circulated a video clip of the crime on May 4.

Subsequently, five accused, who allegedly raped the woman, and the one who shot and circulated the video clip, have been arrested.

The incident triggered widespread protests in Alwar, Jaipur, Dausa and nearby areas and a protest march led by BJP's Rajya Sabha MP Kirori Lal Meena had turned violent in Dausa on Tuesday, leaving over half a dozen people injured.