The MARCOS have been deployed in the Pangong lake area where the Indian and Chinese forces have been engaged in a conflict situation since April-May timeframe this year. 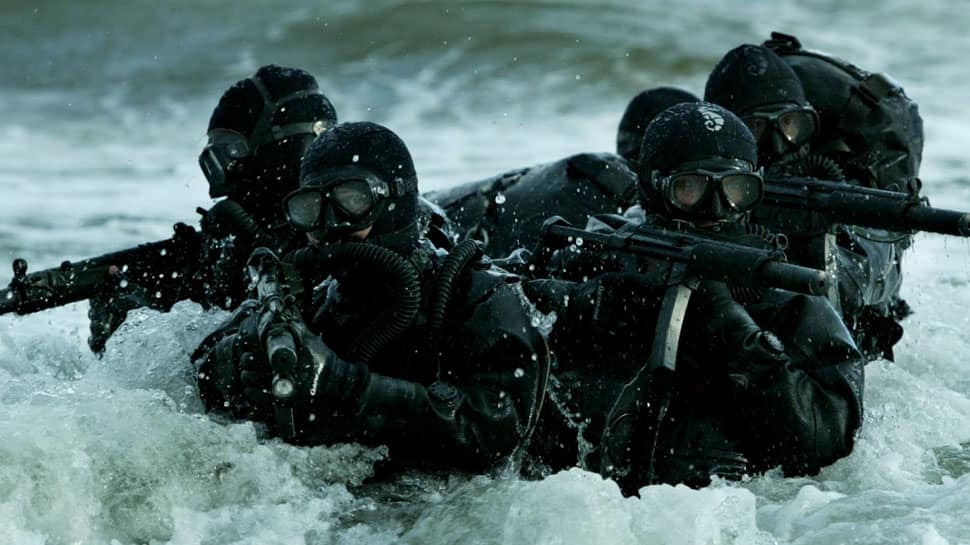 Ladakh: Amid the ongoing border stand-off with China, the Indian Navy has deployed its Marine Commandos (MARCOS) in the Pangong Lake area in eastern Ladakh.

The idea behind the deployment of the MARCOS in Eastern Ladakh, where Indian Air Force`s Garud operatives and Indian Army`s Para Special Forces have been there since day one of the conflicts, is to enhance the integration of the three services and provide the naval commandos exposure to extreme cold weather conditions.

"The MARCOS have been deployed in the Pangong lake area where the Indian and Chinese forces have been engaged in a conflict situation since April-May timeframe this year," the government sources were quoted as saying by ANI.

Indian Army`s Special Forces including the Para Special Forces and Cabinet Secretariat`s Special Frontier Force have been operating in Eastern Ladakh for carrying out special operations for a long time.

The Indian Air Force`s Garud Special Forces moved to hilltops on the strategic heights on the Line of Actual Control (LAC)along with their Igla shoulder-fired air defence systems in the early days of the conflict to take care of any fighter or other aircraft of the enemy which may have tried to violate Indian air space.

The special troops belonging to both the Army and Air Force have been there for more than six months now.

On August 29-30 also, the Indian side had used the special forces to occupy strategic heights along the LAC to preempt the Chinese from doing so.

The Chinese have also maintained special troops on their side of the LAC. The Indian Navy has deployed teams of its MARCOS in the Wular lake area of Jammu and Kashmir to tackle terrorism there.

The Indian Air Force started deploying Garuds in Kashmir valley after the 2016 Pathankot operations to give them the feel of real operations as part of plans of the then Army chief and now Chief of Defence Staff Gen Bipin Rawat.

Soon after their deployment, the Garuds proved their mettle and earned one Ashok Chakra, three Shaurya Chakras, and many other gallantry awards for eliminating a team of terrorists led by the nephew of 26/11 terrorist Zaki Ur Rehman Lakhvi.

After that operation, the Air Force has been sending regular Garud teams for forward deployment in Kashmir Valley.

The Indian Army has many of its special forces battalions deployed in the Kashmir valley for counter-terrorist operations including the ones which carried out surgical strikes in 2016.