Large-scale protests have been witnessed in Assam and some other parts of the North East seeking withdrawal of the controversial bill. 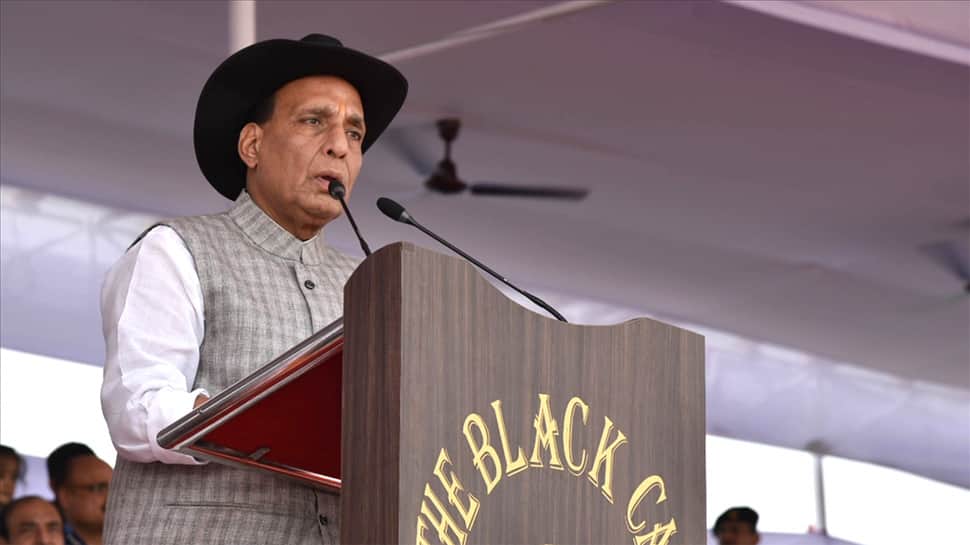 New Delhi: Amid raging protests in Assam and some other north-eastern states over the Citizenship Bill, the Centre said on Monday Home Minister Rajnath Singh will soon call a meeting of the North-East chief ministers to discuss safeguards required to protect the region's cultural and linguistic identity.

Large-scale protests have been witnessed in Assam and some other parts of the North East seeking withdrawal of the controversial bill, which seeks to grant nationality to non-muslims who fled religious persecution from three neighbouring countries and entered India before December 31, 2014. The bill which was passed by Lok Sabha last week is likely to be tabled in the Rajya Sabha in the budget session.

Several protesting leaders, including those from Assam's regional parties, have said the state's indigenous people will lose their linguistic and cultural identity if the Citizenship Bill is passed. Protestors have also said that the proposed legislation goes against the 1985 Assam Accord, which says that anyone having entered the state after a cut-off date of March 24, 1971 should be treated as an illegal migrant and should be deported.

Singh's proposed meeting with the chief ministers assumes significance as there have been concerns expressed by various stakeholders over non-functioning of a Centre-nominated committee to assess the implementation of Clause 6 of the Assam Accord and other matters related to the north eastern states.

Clause 6 of the Assam Accord states "constitutional, legislative and administrative safeguards, as may be appropriate, shall be provided to protect, preserve and promote the cultural, social, linguistic identity and heritage of the Assamese people".

"Union Home Minister will soon be calling a meeting of chief ministers of the concerned states. They will further discuss about the safeguards that need to be provided for protecting the interests of these states and protecting their cultural and linguistic identity," the Home Ministry said in its statement.

It said a delegation from Assam led by Chief Minister Sarbananda Sonowal met Rajnath Singh in New Delhi this weekend.

The delegation included Himanta Biswa Sarma, senior minister in Assam government, and some other BJP leaders of the state. "They discussed issues related to safeguards for preserving the cultural and linguistic identity and heritage of Assam and implementation of Clause-6 of the Assam Accord and issues related to grant of tribal status to six communities," the Home Ministry said.

"They discussed issues related to protection of the rights and interests of the indigenous people of Manipur. Rajnath Singh assured them that the interests of all north eastern states including Manipur and their culture and heritage will be fully protected," the Home Ministry said.

Meanwhile, highly placed officials said the government is assessing the situation arising our of the non-working of the Committee on Assam Accord, as more than half of its members have declined to be part of it.

The Home Ministry had on January 6 notified a nine-member high level committee under the chairmanship of former tourism secretary M P Bezbaruah.

Four members of the panel -- eminent litterateurs Nagen Saikia and Rong Bong Terang along with educationist Mukunda Rajbongshi and the nominee of the influential All Assam Students Union -- have already decided not to be a part of the committee.

Bezbaruah too recently declined to be part of the Committee, formed to assess the quantum of seats to be reserved in the Assam Assembly and in the local bodies of the state for Assamese, besides providing other safeguards.