Security has been beefed up across Kashmir in view of the Union Home Minister's visit to the Valley that comes in the backdrop of killings of civilians. 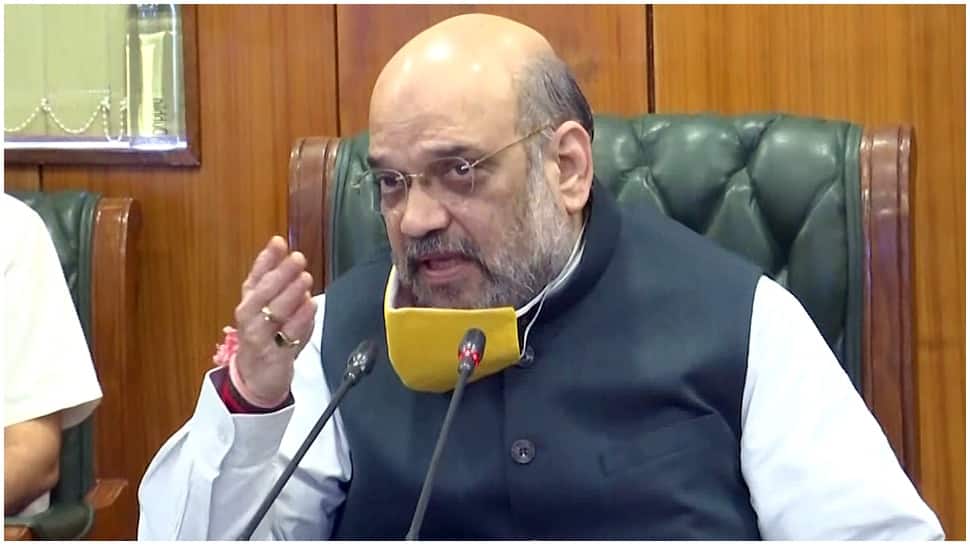 New Delhi: Union Home Minister Amit Shah is scheduled to begin his visit to Jammu and Kashmir on Saturday (October 23, 2021). During the three-day visit, Shah will chair a meeting to review the security situation and will virtually interact with the young members of the J&K's Youth. The Home Minister will also inaugurate the first Srinagar-Sharjah international flight.

On Saturday, Shah's meeting to review the security situation is likely to begin around 12:30 PM at the Raj Bhawan in Srinagar. He will then interact with the young members of J&K's Youth Clubs around 4:45 PM and then inaugurate the Srinagar-Sharjah International flight via video conference around 6 PM.

Meanwhile, security has been beefed up across Kashmir in view of Shah's visit to the Valley. Officials said that a thick security cover has been thrown around the BJP office at Jawahar Nagar in the city where Shah is likely to pay a visit. Similarly, roads leading to Sher-i-Kashmir International Convention Centre (SKICC) have been made off-limits for three days from Saturday as the Union home minister is expected to attend an event there, they added.

The officials said the additional deployment of security forces has been made across the valley, especially in Srinagar.

The mobile internet services on a dozen towers -- mostly in the areas where non-local labourers were killed in the past week -- were snapped three days ago as part of the security measures, they said.

Official sources said that 50 companies of additional paramilitary forces are being inducted into the valley in the wake of the recent spate of civilian killings.

It, notably, is Amit Shah's first visit to Kashmir after the Centre revoked J-K's special status and bifurcated the erstwhile state into union territories in August 2019.

His visit comes in the backdrop of the ongoing anti-terror operation in Poonch forests in which nine Army personnel have been killed, increasing use of drones by Pakistan to ferry weapons and explosives along the Line of Control, and attacks on security establishments in the region. A Junior Commissioned Officer (JCO) and four other security personnel laid down their lives in a fierce gunfight during the start of the counter-insurgency operation in the Surankote forest of Poonch on October 11. Four other soldiers, including a JCO, lost their lives in another encounter in Nar Khas forest in Mendhar on October 14 evening after the security forces extended the cordon and search operation.

Over the past two weeks, in October alone, as many as 11 civilians have also been killed in the Kashmir valley.