Temple vigilance officers were pressed into action immediately to trace the missing crowns. 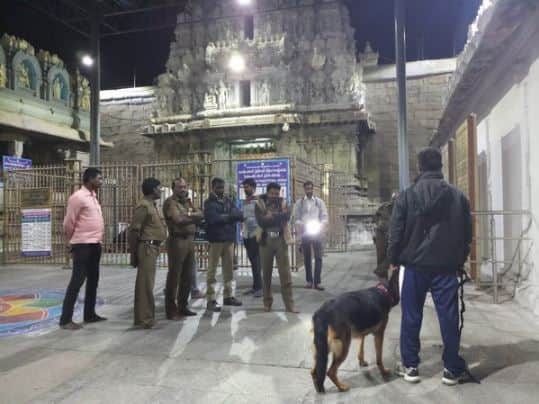 Temple vigilance officers were pressed into action immediately to trace the missing crowns. Chief Vigilance Officer said three golden crowns weighing a total of 1351 grams were found missing, information of which was received by the temple`s deputy executive officer at around 7 PM on Saturday.

"Temple staff and priests searched inside the temple but could not find the crowns," he added.

The temple authorities subsequently lodged a complaint with the police, following which Tirupati urban police filed a case and began investigating the case.

Anburajan, Tirupati urban SP, said: "We have visited the place, filed case and started investigation. We have formed six special teams lead by DSP crime. We have some clues and we are interrogating. Soon we will resolve the case. We are checking all CCTV footage and interrogating all persons there."

According to the temple jewellery register, the crown of Lord Malayappa weighs 528 grams, while those of Goddesses Sridevi and Bhudevi weigh 408 grams and 415 grams, respectively.

Sri Govindarajaswamy Temple is an ancient Hindu-Vaishnavite temple situated at the heart of temple town Tirupati in Chittoor District of Andhra Pradesh. (ANI)