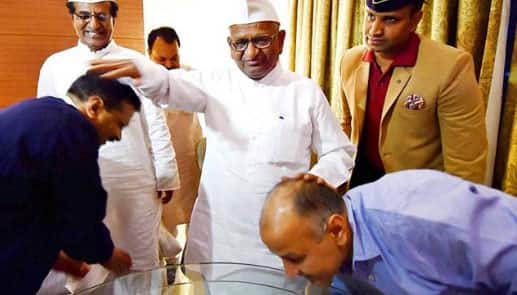 New Delhi: The eroding base of Aam Aadmi Party (AAP) has rattled the top leadership of the party to an extent that a party leader as senior as Manish Sisodia, no. 2 in the party hierarchy, appears to have no qualms in retweeting insulting tweets on Anna Hazare.

Anna is the original guru of the Lokpal movement that led to the rise of Arvind Kejriwal on the national stage. Anna was fighting for a cause; most of the others who rose to prominence along with him joined Kejriwal to form AAP.

While it is true that Anna Hazare had come down heavily on the AAP after the MCD drubbing and described the party as "power hungry" but for Manish Sisodia to retweet messages that describe Anna as a 'BJP agent' is a shocking surprise.

Interestingly, Sisodia later deleted one of his retweets. Here's a screenshot of the tweet: 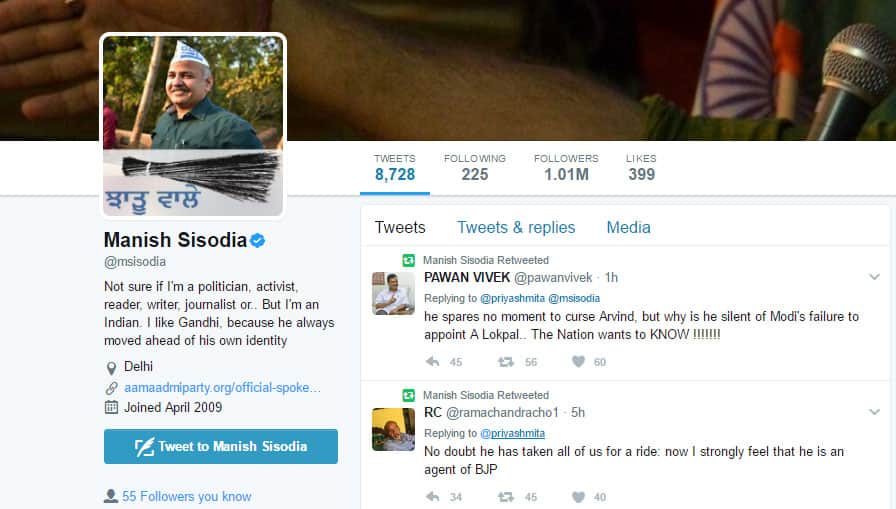 A tweet by @priyashmita calling Anna Hazare a 'fraud' was by retweeted by a follower of "anti-corruption movement" @pawanvivek. Replying to @priyashmita, who claims to be not an AAP supporter, @pawanvivek writes "he spares no moment to curse Arvind, but why is he silent of Modi's failure to appoint A Lokpal. The Nation wants to KNOW!!!!!!!." He tagged Manish Sisodia in his tweet. The Delhi Deputy CM retweeted this tweet.

Another twitter user @ramachandracho1 also wrote a reply to the "fraud" tweet. "No doubt he has taken all of us for a ride: now I strongly feel that he is an agent of BJP." Manish Sisodia retweeted this tweet as well. 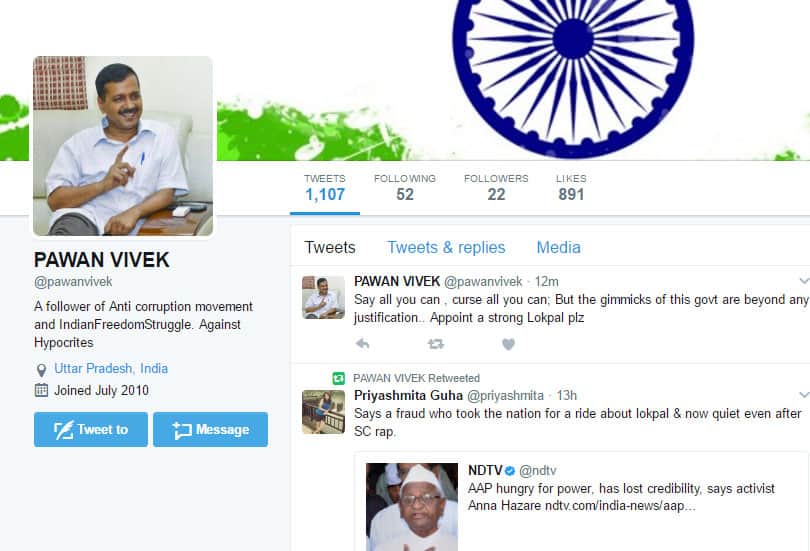 Yesterday, Anna had said, “When AAP came to power in Delhi, people's expectations increased and it was felt that there will be a change in the country."

"However, their credibility dwindled. An important reason for this decrease was that these (AAP) leaders reneged on their poll promise of not accepting government facilities like official bungalows and other perks," he said.

"Despite the poll promise, (Kejriwal) took a big bungalow and government vehicle and even a hefty salary hike," Hazare said.

Dismissing AAPs allegations of EVM manipulation, Hazare said the Election Commission had asked anyone doubting the EVM machines to substantiate their claims. "They (AAP) should have come forward to prove their charges. Now it is late," he said.

"Had (AAP rule in) Delhi become a model, the whole country would have emulated it. However, the lust for power is a bad thing," said Hazare, whose anti-corruption movement led to the political rise of Kejriwal and his party.

"AAP should have stayed focused on Delhi. It should not have ventured in Punjab and Uttar Pradesh. People realised that they are hungry for power," he remarked.