The Army chief said that the Indian Army will take even stronger steps against 'enemies' if it is compelled to do so. 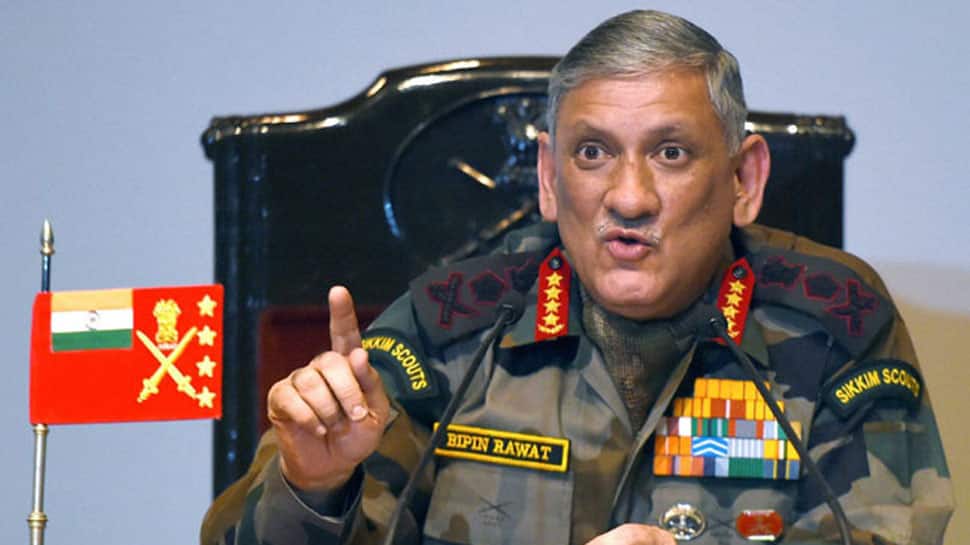 NEW DELHI: Hitting out at Pakistan for repeatedly trying to sneak terrorists into India, Army chief General Bipin Rawat said the forces will keep effectively retaliating to any provocative
action by the neighbouring country.

"Pakistan Army has been continuously trying to help terrorists sneak into India along LoC in J&K. We are using our might to teach them a lesson," the Army chief said.

Keeping a firm stance, he added that the Indian Army will take even stronger steps against 'enemies' if it is compelled to do so. "If we are forced, then we may resort to 'other action' by stepping up military offensive. We will not let anti-India activities succeed at any cost," he said.

General Rawat also said that disputes along the Line of Actual Control in the northern border (China) were continuing and transgressions were taking place, adding that they are working "to stop them".

He was speaking at the 70th Army Day celebrations at the Cariappa Parade Ground in New Delhi. He reviewed the parade and also presented gallantry and other awards to his personnel.

Army Day is celebrated on January 15 every year to commemorate the day when Lieutenant General Cariappa took over from Lt Gen Roy Butcher to become the first Indian the commander-in-chief of the Indian Army in 1949.