Army to soon get 10 lakh 'Made in India' hand grenades: Defence Ministry sources

The move is also in line with giving impetus to developing and manufacturing weapons for the armed forces in the country itself. 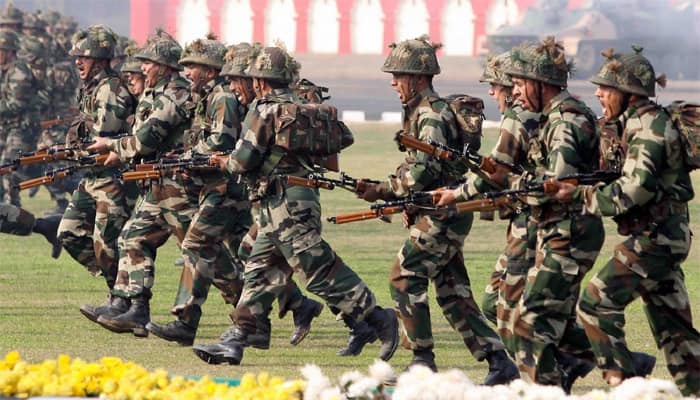 The Defence Ministry on Monday approved projects worth Rs 2355 crores, including acquisition of multimode grenades and fire control systems for the Teg, Talwar and Saryu class of warships, sources told ANI. The approval was given during the Defence Acquisition Council meeting.

During the meeting, the Minister also cleared the proposal for acquisition of 10 lakh 'Made in India' hand grenades for Indian Army. The new grenades which will eventually replace the existing inventories of grenades.

The move is also in line with giving impetus to developing and manufacturing weapons for the armed forces in the country itself.

Defence sources added that the policy guidelines cleared by Defence Minister Nirmala Sitharaman-led meeting will also enable issuing of tenders for projects worth Rs 25,000 cr in coming year. The Ministry has also taken steps to encourage medium and small shipyards by making them eligible for small value projects

On Tuesday, it was reported that the government has decided to buy assault rifles, ammunition, parachutes and several other specialised equipments for Special Forces of Indian Army from the US.

The Army already has American M4A1 assault rifles, which are used extensively in counter-terrorism operations. It is learnt that the government is also planning to equip the Special Forces of Army with more carbines.

The state-of-the-art Sig Sauer assault rifles are already being used by armed forces in the US and some European countries. The Indian Army will receive a bulk  - 66,400 - of the assault rifles, while the Indian Air Force and Indian Navy will get 4,000 and 2,000 rifles respectively.

According to Stockholm International Peace Research Institute (SIPRI), India was the world's second-largest arms importer between 2014 and 2018. Before this, the country had been at the top of the list but Saudi Arabia raced ahead of India in the 2014-2018 period.

India currently contributes 9.5 per cent in the global arms import index and Narendra Modi-led government at the Centre is taking measures to bring it down in the future.