According to reports, she was suffering from health complications and was staying with her son in Australia for the last few years. 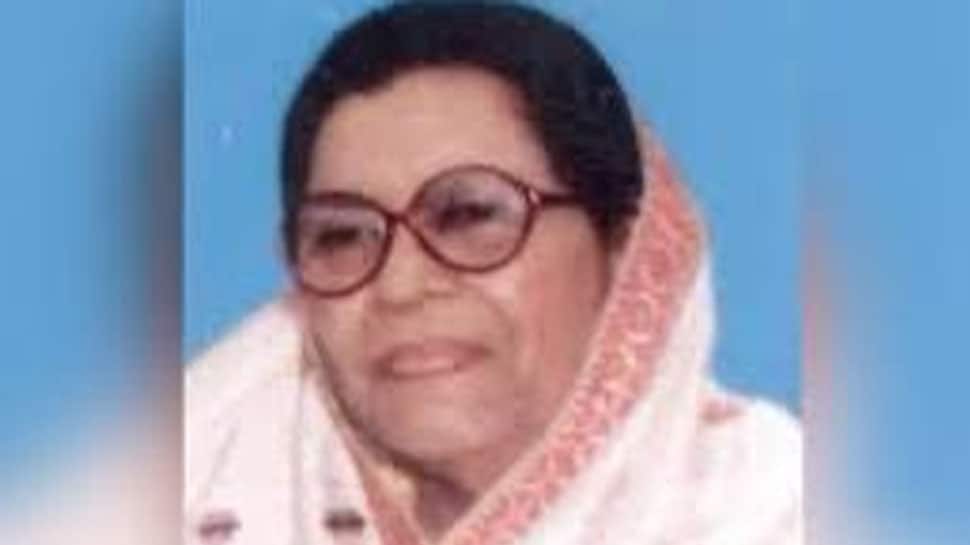 Assam's only woman chief minister, Syeda Anwara Taimur, died on Monday in Australia at the age of 84. According to reports, she was suffering from health complications and was staying with her son in Australia for the last few years.

Taimur was also the only female Muslim chief minister of Assam and first female Muslim CM of any state. A four-term MLA, she had an illustrious political career spanning over four decades. Taimur was a Congress leader in Assam and a member of the All India Congress Committee.

Naidu said, "Saddened to learn about the demise of former Assam Chief Minister & ex- Rajya Sabha member, Smt. Syeda Anwara Taimur. Her contribution for the development of Assam and upliftment of the downtrodden will be always remembered. My heartfelt condolences to bereaved family members."

The PMO tweeted, "Condolences to the family and well-wishers of former Assam CM, Syeda Anwara Taimur Ji. Her contributions towards Assam’s development will be remembered. May her soul rest in peace: PM Narendra Modi."

Assam Chief Minister Sarbananda Sonowal, in a tweet, said, "Saddened by the sudden demise of former Chief Minister of Assam, Syeda Anwara Taimur. Praying for the departed soul, I offer my heartfelt condolences to her family members and well-wishers."

Assam Health Minister tweeted, "A big loss for us all as former CM Syeda Anwara Taimur breathed her last. An able administrator and affable people's person, Syeda Mam was the only woman CM of Assam. A 4-term MLA, she had an illustrious political career spanning over 4 decades. My prayers & condolences."

Mahila Congress President and party spokesperson Sushmita Dev, in a tweet, said, "Deeply saddened to know about the sudden demise of Assam`s first woman Chief Minister Smt Syeda Anwara Taimur ji. Syeda ji had a long public career serving the people of Assam for four terms as MLA. Prayers for the departed soul. My deepest condolences to friends and family."

In 1988, she was nominated to the Rajya Sabha. In 2011, the veteran leader left the Congress and joined the All India United Democratic Front. She figured in the headlines after her name was found missing from the NRC (National Register of Citizens) list in 2018.

She was a teacher of economics in Debicharan Barua Girls College in Jorhat before joining politics.