India said that it will study US President Joe Biden`s global infrastructure initiative proposal 'Build Back Better' which was announced at the G7 summit as an alternative to China`s BRI. 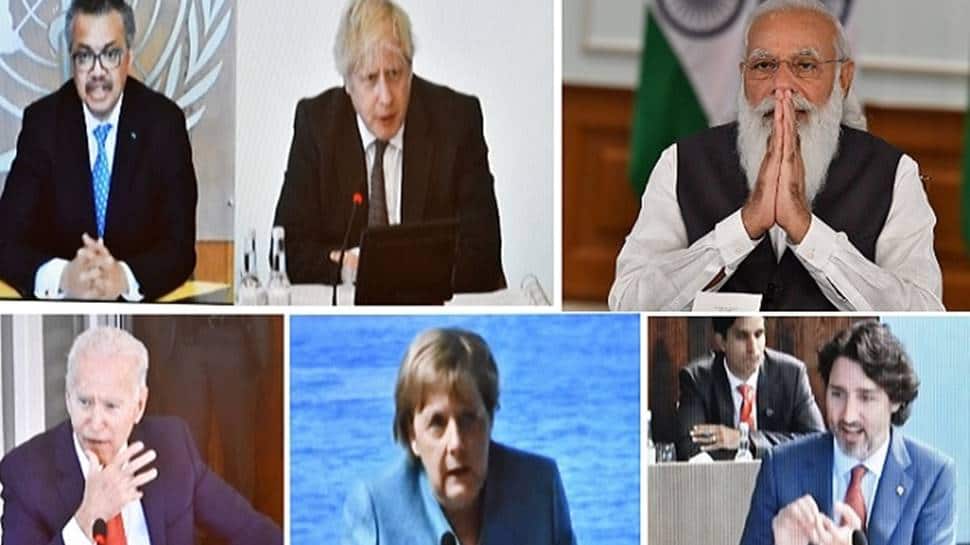 India said that it will study US President Joe Biden`s global infrastructure initiative proposal 'Build Back Better' which was announced at the G7 summit as an alternative to China`s BRI.

Senior official of Ministry of External Affairs (MEA) P Harish said, "On the specific question of joining `Build back better for the world`, I can confirm that relevant agencies of the government of India would study them and would engage with them probably at the later stage." 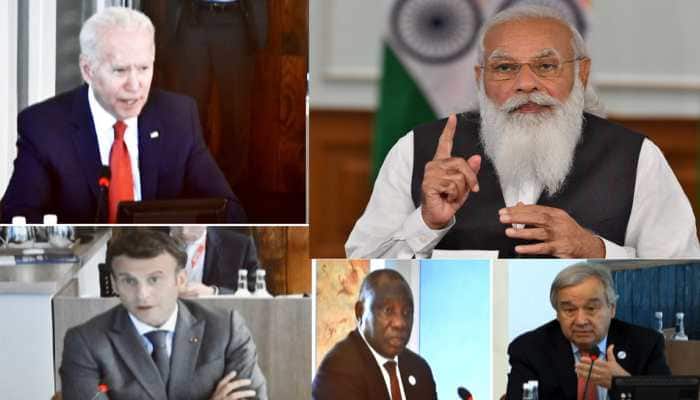 Under this plan financial and technological help will be provided to bridge the over $40 trillion-infrastructure need, mainly in the developing world which has been worsened by COVID-19. It is also expected to create local employment.

At the session of "Open Societies and Open Economies", PM Modi was the lead speaker, and a joint statement on "open societies" with leaders India, South Africa, South Korea, and Australia, and G7 was released.

He highlighted India's "civilisational commitment" to democracy and called for collective action when it comes to the issue of climate change.

"As the world’s largest democracy, India is a natural ally for the G7 and Guest Countries to defend these shared values from a host of threats stemming from authoritarianism, terrorism and violent extremism, disinformation and infodemics and economic coercion", MEA's Additional Secretary(ER) P. Harish said at a virtual presser.

On climate change, PM Modi pointed out India's achievements and that it is the only G20 country on track to meet its Paris Commitments. He called on G7 grouping to meet the "unfulfilled promise" of $100 billion annually in climate finance as "this challenge cannot be addressed in silos".

Also participated in the @G7 session on Climate and reiterated India's strong commitment to climate action. India is the only G20 country on track to meet its Paris Commitments. And Indian Railways is committed to "Net Zero" by 2030.

This is the second time PM Modi has participated at the G7, the last was in 2019 under the French chairmanship. India was invited last year by US President Donald Trump for the G7 but the meet was suspended due to the COVID-19 crisis.

PM Modi listed India's leadership on climate change via International Solar Alliance and CDRI or Coalition for Disaster Resilient Infrastructure. The India-led initiatives have seen an increase in global membership. He also pointed out the "revolutionary impact of digital technologies" on "social inclusion and empowerment in India" via Aadhaar, DBT (Direct Benefit Transfer), and JAM (Jan Dhan- Aadhaar- Mobile) trinity.

On Saturday he had addressed the session on health proposing the mantra of ‘One Earth, One Health’. He sought the support G7 nations for India and South Africa COVID-19 vaccine patent waiver at the WTO. Last week, the consensus was achieved on the issue with New Delhi calling for early conclusion of text-based negotiation for the practical implementation of the proposal.

As part of growing engagement with the grouping, this time India was engaged at the ministerial and working levels also.