Taslima Nasreen, the controversial Bangladeshi author who has been living in exile since 1994, joined the Uniform Civil Code debate on Monday, saying India urgently needed a uniform civil law. 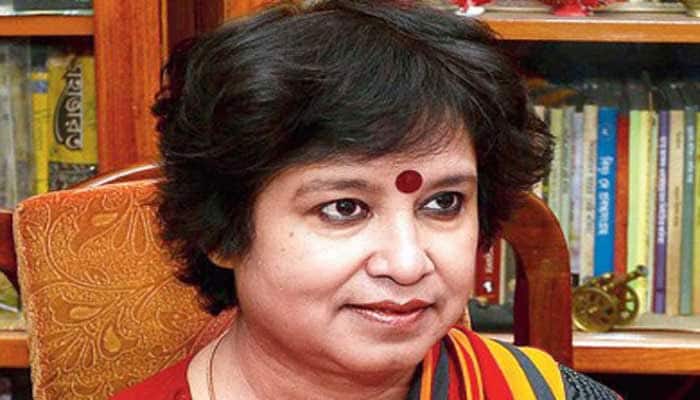 Jaipur: Taslima Nasreen, the controversial Bangladeshi author who has been living in exile since 1994, joined the Uniform Civil Code debate on Monday, saying India urgently needed a uniform civil law.

Nasreen, a freedom of expression advocate, made these remarks while speaking at the Jaipur Literature Festival (JLF).

Addressing a surprise session of the JLF, the controversial writer said that criticism of Islam is the only way to establish secularism in Islamic countries.

In conversation with Salil Tripathi, the chair of the Writers-in-Prison Committee of PEN International, Nasreen said, "When I or anyone else criticise Hinduism, Buddhism or other religions nothing happens. But the moment you criticise Islam, people come running after your life.''

"They issue fatwas against you and they want to kill you. But why do they need to do so? If they disagree with me, they can write against me, share their views like we do. They can have conversations rather than fatwas," the 55-year-old writer contended.

Nasreen said that Muslim women are "oppressed" and that uniform civil law is the need of the hour to protect their rights.

"If you have a set of laws for Hindus, if Hindu women can divorce their husbands and have a say in their property, and we have seen how progressive that has been, then why are Islamic fundamentalists against a uniform civil law? Is not having a uniform civil law democratic," she asked.

From a poet in the late 1980s, Nasreen rose to global attention by the end of the 20th century owing to her essays and novels from the feminist viewpoint and severe criticism of Islam. Her 1993 novel "Lajja" garnered severe criticism in Bangladesh, forcing her to leave the country.

"A uniform civil law is urgently needed in India for the protection of women. The fundamentalists should introspect and ask themselves why are they not ready to accept criticism.

"What do you mean by secularism, does it require you to encourage Muslim fundamentalists? For Muslim votes, you throw a writer out of the country and continue to patronise misogynists," she maintained.

"Why shouldn`t Muslim women have the same rights? Is it democracy? Encouraging fundamentalists and misogynists from any side is neither democratic nor secular. I am against all kinds of fundamentalists.

"Without serious criticism of Islam, you will not be able to make Islamic countries secular. The women will continue to suffer and be oppressed," she said.

Nasreen also said that without freedom of expression, secularism is meaningless.

The session was themed around her latest memoir "Exile" a" a cumulative chronicle of her days in Kolkata and the circumstances under which she was, in her own words, "hurriedly shifted, first to Jaipur and then to Delhi, confined to an obscure safe houses, and faced incessant pressure from senior officials and politicians to leave India" and is replete with dark imageries and repeated provocations.

After multiple threats and attacks against her in the backdrop of "Lajja", Nasreen escaped to Sweden in 1994 and spent the next 10 years in exile in Europe and America. Coming to India in 2004, she settled in Kolkata, where she lived till November 2007 and then moved to New Delhi. she again moved to Sweden in 2008 and later worked as a research scholar at New York University.

Security beefed up in northeastern states ahead of Republic Day