Many local residents, who spoke before cameras with their faces masked, claimed that the district administration was "in denial over many such unfortunate incidents involving residents of Buxar". 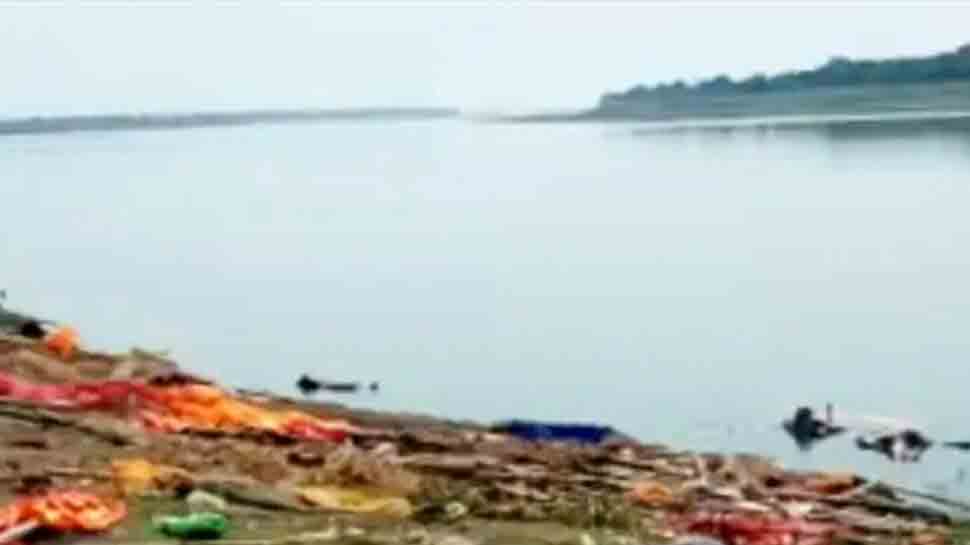 Patna: Several bodies, decomposed bloated and suspected to be of people who succumbed to COVID 19, were on Monday (May 10) found floating in the river Ganga in a Bihar district. Officials in Chausa block of Buxar, which borders Uttar Pradesh, rushed to the spot of the unseemly sight upon hearing the news.

"We were alerted by the local chowkidar that many bodies have been spotted floating from upstream. We have so far recovered 15 of these. None of the deceased happens to be a resident of the district," Chausa BDO Ashok Kumar told PTI over phone.

He said "many Uttar Pradesh districts are situated right across the river and the bodies may have been dumped in the Ganges for reasons not known to us. We cannot confirm whether the deceased were indeed COVID 19 positive. The bodies have started decomposing. But we are taking all precautions while ensuring that these are disposed of in a decent manner".

Some news channels claimed the number of bodies to be as high as 100, which the BDO dismissed as "highly exaggerated".

Many local residents, who spoke before cameras with their faces masked, claimed that the district administration was "in denial over many such unfortunate incidents involving residents of Buxar". They alleged that those manning cremation ghats were charging a fortune whenever people reached there with the body of a near and dear one who died of the coronavirus.

District facing shortage of wood, other materials for cremation

"There is also a shortage of wood and other material required for cremation. Availability of these has taken a hit because of the lockdown. So many bereaved family members are impelled to immerse the bodies of their departed relatives in the river," one of the residents said.

Often family members of a COVID victim are not handed over the body by the administration which claims it would perform the last rites observing the protocol in place for the deadly virus, another local stated.

"What indeed happens is that the officials develop cold feet later and fearing that they might catch the infection themselves, they dump the bodies in the river and flee. Little do they realize that they are also polluting the river," he added.