Over 20 seats that are having a 'very close' fight, could be crucial for govt formation in Bihar

The recent Bihar assembly election results 2020 trends showed that there's a 'very close fight' on over 20 constituencies in the 243-member Bihar Legislative Assembly. 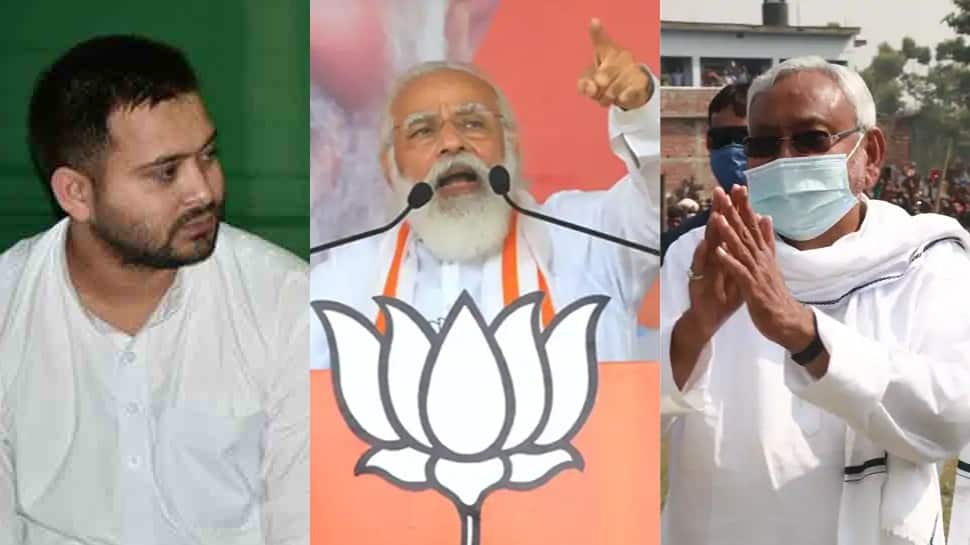 Patna: The counting for the Bihar assembly election results 2020 began at 8 AM on Tuesday (November 10, 2020) and as per the recent reports, the Bharatiya Janata Party-led National Democratic Alliance (NDA) has made a comeback and taken a lead over Tejashwi Yadav-led Grand Alliance after trailing in the initial trends.

According to the Election Commission of India (ECI), the NDA is currently leading on 126 seats, while the Grand Alliance is at 104 seats in the Bihar assembly election results.

The recent trends showed that there's a 'very close fight' on over 20 constituencies in the 243-member Bihar Legislative Assembly.

In Atri, Ajay Yadav of RJD is leading over JD(U)'s Manorma Devi by just 19 seats, whereas, Rashtriya Janata Dal's Binod Mishra is leading by 42 seats in Alinagar, and Congress Abidur Rahman has a margin of 260 votes in Araria over JD(U)'s Shagufta Azim.

Kasba seat saw LJP's PK Das leading by 627 seats, while RJD's Ramvriskh Sada is leading by a margin of 774 votes on the Alauli seat.