After the exit polls' prediction of a resoudning victory for Rashtriya Janata Dal (RJD) and the Grand Alliance, an exuberant Tej Pratap Yadav on Monday said that he has given the Chief Minister`s chair as a birthday gift to Tejashwi Yadav. 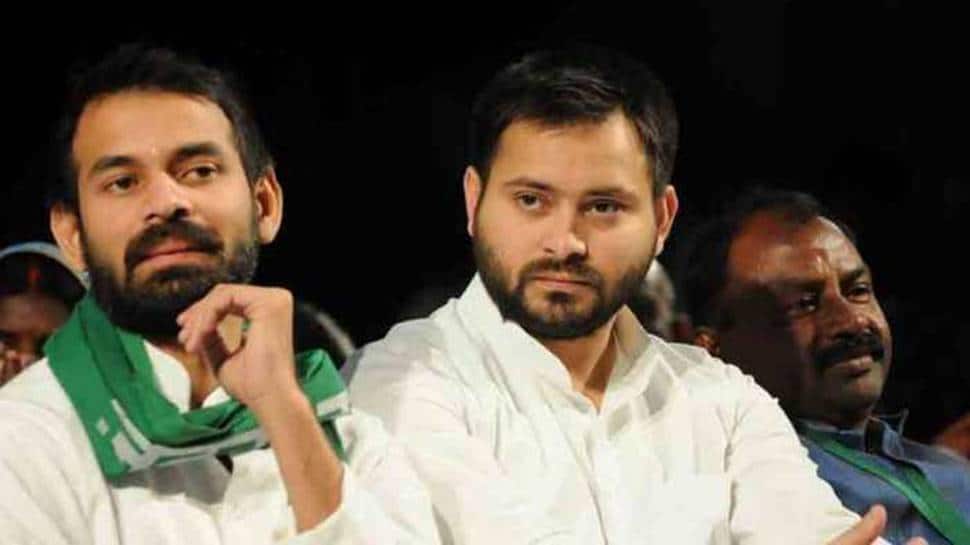 Patna: After the exit polls' prediction of a resoudning victory for Rashtriya Janata Dal (RJD) and the Grand Alliance, an exuberant Tej Pratap Yadav on Monday said that he has given the Chief Minister`s chair as a birthday gift to Tejashwi Yadav.

Tejashwi turned 31-years-old on Monday and his birthday is being celebrated by RJD supporters across the state.

"The people of Bihar have said no to Nitish Kumar in this election. They have supported us due to the JD(U) government`s inability to address issues like unemployment in state. Besides, his government is also involved in corruptions and scam," Tej Pratap told PTI.

"Exit polls aside, we have faith in the people of Bihar. They will give us an overwhelming mandate to form the government," Tej Pratap said.

Also, Congress leader Kirti Jha Azad congratulated Tejashwi Yadav and said the people of Bihar had gifted the CM`s chair as a gift to him.

"The Congress party will play a crucial role in formation of new government under Tejashwi Yadav in Bihar," Azad said.

Notably, if Tejashwi goes on to become the CM of Bihar, he will be third member of his family to become chief minister after his father Lalu Prasad and mother Rabri Devi.

Meanwhile, Bihar gears up for counting of votes for the assembly election.

Most exit polls predict a rout for the ruling JD(U)-BJP alliance and a resounding victory for the Grand Alliance (Mahagathbandhan) led by RJD's chief ministerial candidate Tejashwi Yadav.

The counting will be taken up at 55 centres across 38 districts where the outcome will decide the fate of the Nitish Kumar government that has helmed the state for a decade and a half.