If the Rashtriya Janata Dal (RJD) forms government in Bihar, then 10 lakh permanent, government jobs will be approved in the first Cabinet meeting itself, said RJD leader Tejashwi Yadav on Sunday. 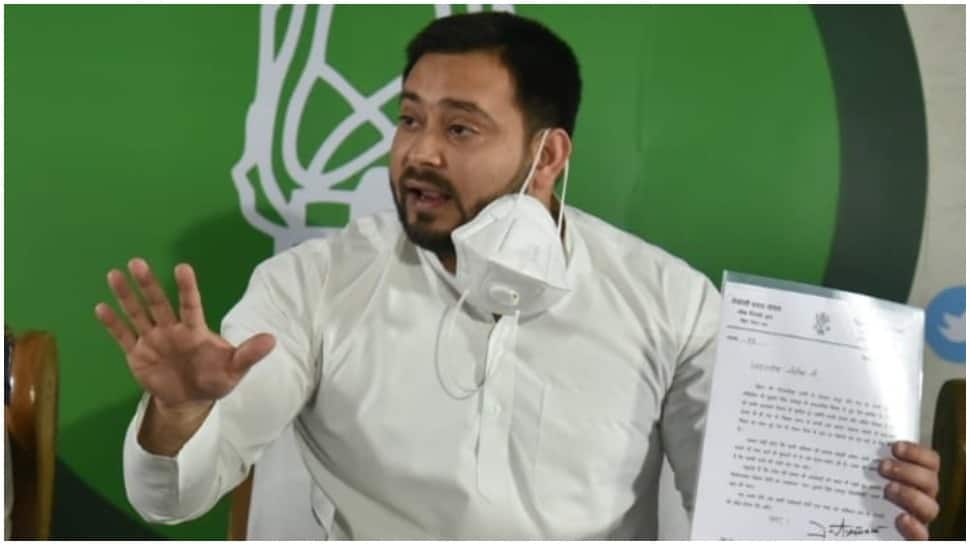 Patna: If the Rashtriya Janata Dal (RJD) forms government in Bihar, then 10 lakh jobs will be approved in the first Cabinet meeting itself, said RJD leader Tejashwi Yadav on Sunday (September 27, 2020).

"If RJD gets the opportunity to form a government then in the first Cabinet meeting, with the first signature itself 10 lakh jobs will be given. This is not just a promise, but a strong will... These will be government jobs and permanent ones," Yadav said at a press conference here.

The RJD leader said that the people have already seen through the lies of those who have ruled in the past 15 years, referring to incumbent Chief Minister Nitish Kumar. He highlighted that according to the WHO standards, there should be one doctor for every one thousand people and further also spoke about the positions lying vacant, and those which should be created, in the police department in Bihar.

"Bihar has a population of close to 12.5 crores, therefore, Bihar needs 1.25 lakh doctors and then support staff too. The Health Department needs 2.5 lakh staff. The posts of 50 thousand personnel in the police force are lying vacant. This when the police-public ratio is at its minimum in the State. Currently, there are just 77 policemen per one lakh population. In Manipur, a small state, there are over one thousand policemen per lakh population," Tejaswi said.

Asserting that the State is facing a huge crisis of unemployment, the RJD leader said that over 22 lakh people from the State have registered so far on the "unemployment portals" launched by his party on September 5.

"On September 5, we had launched an unemployment portal, along with a toll-free number. Till date close to 9,47,324 unemployed youth have registered, along with their biodata, on the portal. On the toll-free number, approximately 13,11,626 people registered by giving missed calls. The figure, therefore, comes to 22.58 lakhs," Yadav said.

He further raised the issues of hunger, and poverty in the State by saying, "Bihar has a population of close to 60 per cent youth, but it has become a hub of unemployment, the maximum migration happens from here, it also has the maximum poverty and hunger. The rate of unemployment is 46.6 per cent in Bihar, we had told the youth that we are with them. If we get a chance (to form the government) we will do so, this is not just a promise but we have worked on it."

The elections in Bihar will be held in three phases on October 28, and November 3 and 7. The counting of votes will take place on November 10.