As per a statement by the state health department, as many as 900 dengue cases have been registered in Patna since September, when the heavy rains began, news agency ANI reported. 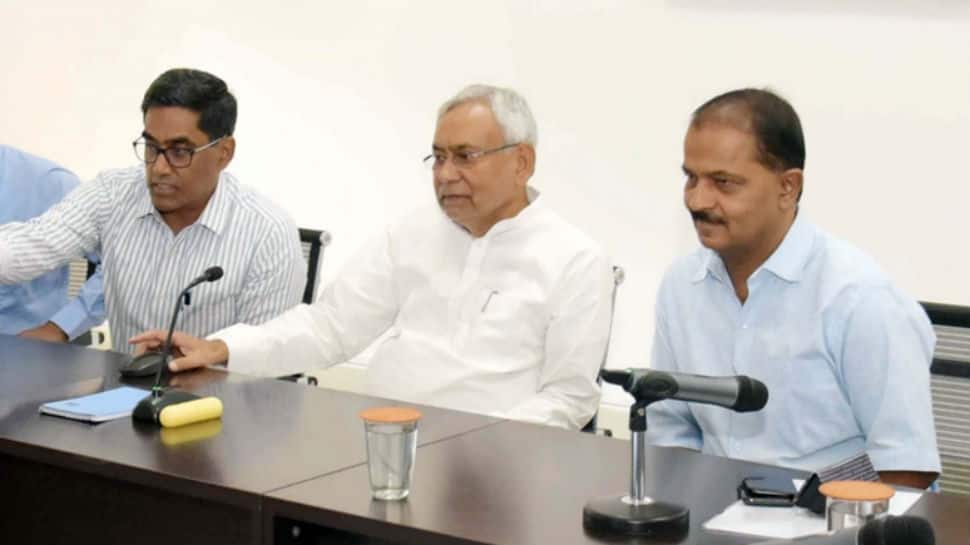 New Delhi: Bihar Chief Minister Nitish Kumar called for a high-level meeting on Monday to discuss the situation in Patna after floods wreaked havoc in the state earlier this month.

There is a fear of an outbreak of dengue in Patna, which was worst-affected due to the flood. On Monday, a Patna Police cop's seven-year-old son lost his life to dengue.

As per a statement by the state health department, as many as 900 dengue cases have been registered in Patna since September, when the heavy rains began, news agency ANI reported.

The state government on Monday suspended 12 officials, withheld salaries of 22 and issued show-cause notices to 12 engineers for failing to perform their duties during water-logging in Patna.

"We had initiated an inquiry into the water-logging in Patna to find out who were responsible for the incident. We found that pumps were not started on time at some places and the sewers were not cleaned on time. Accordingly, we have taken appropriate action," Bihar Chief Secretary Deepak Kumar was quoted by ANI as saying.

He also added that the inquiry also suggested some moves in a bid to avoid such incidents in the future.

"Some of the suggestions include setting up 14 places new pumping stations and buying 100 new dewatering pumps. Suggestions have also been invited from other bodies as well," he said.

Meanwhile, Nitish has ordered a four-member committee to be formed to find out the lapses behind water-logging in the capital. The committee has been asked to submit the report within a month.

The Chief Minister also laid stress on cleaning of drains in other cities of the state as well.

At least 73 people have died due to rain-related incidents across Bihar and  17.09 lakh people have been affected by floods.