The Indian side at the talks will be represented by External Affairs Minister S Jaishankar and Defence Minister Rajnath Singh. 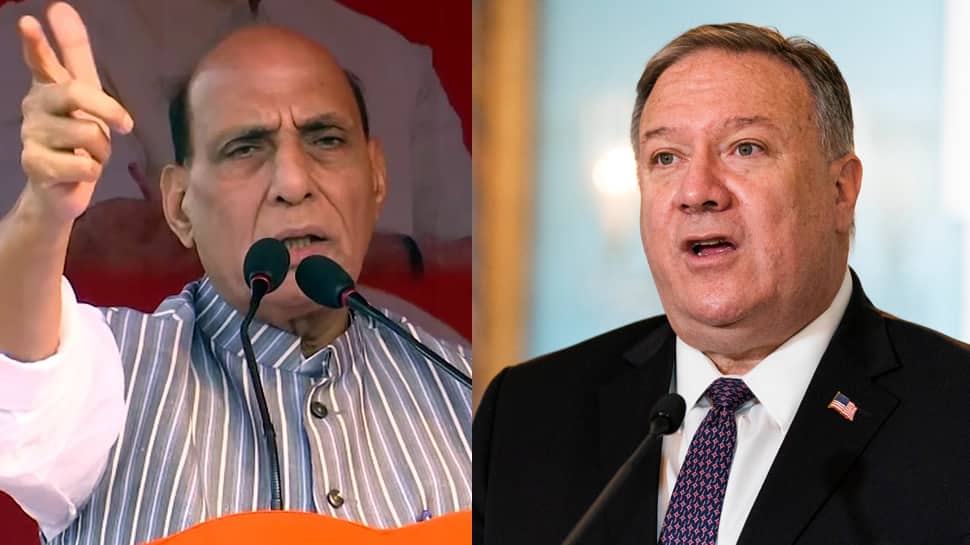 The third edition of the two-plus-two dialogue between India and the US on October 27 will entail a comprehensive discussion on cross-cutting bilateral issues as well as deliberations on regional and global developments, the Ministry of External Affairs (MEA) said on Thursday.

US Secretary of State Michael Pompeo and Defence Secretary Mark T Esper will visit India on October 26 and 27 for the high-level dialogue aimed at further boosting defence, security and global strategic ties between the two countries. The Indian side at the talks will be represented by External Affairs Minister S Jaishankar and Defence Minister Rajnath Singh.

"The third ministerial dialogue will entail comprehensive cross-cutting bilateral issues of mutual interests. In addition, both sides will also exchange views on regional and international issues," MEA Spokesperson Anurag Srivastava said at a media briefing. He said Pompeo and Esper will have bilateral meetings with their Indian counterparts as well.

"They will also be meeting the National Security Advisor. There will be a joint call on the prime minister," Srivastava said. Asked why the talks have been scheduled just days ahead of the US presidential election, Srivastava said, "Diplomatic calendars have their logic. Earlier two meetings were also held towards the end of the year."

Specifically asked about key issues to be discussed, the MEA spokesperson said the talks will cover all "salient regional and global issues" as the partnership between the two countries is a comprehensive global one.

The high-level talks are taking place in the midst of India's festering border row with China in eastern Ladakh as well as renewed global focus on growing Chinese military muscle-flexing in the Indo-Pacific region. Both the issues are expected to figure in the talks.

The first edition of the two-plus-two dialogue was held in Delhi in September 2018 after the mechanism was approved by Prime Minister Narendra Modi and US President Donald Trump. The second edition of the dialogue took place in Washington in December last year.

The new framework of the ministerial dialogue was initiated in order to provide a forward-looking vision for the strategic partnership between the two countries.

Speaking on Pakistan being on the grey list of the Financial Action Task Force (FATF), Srivastava said, "Pakistan has addressed only 21 action items so far out of the 27 action items given to them under their action plan. Six important action items yet to be addressed. As is well known, Pakistan continues to provide safe haven to terrorist entities & individuals."

He added, "Pakistan has also not taken any action against several terrorist entities & individuals, including those who have been proscribed by UNSC--such as Masood Azhar, Dawood Ibrahim and Zakiur Rehman Lakhvi."

"There have also been attempts to drop arms and ammunition across the LoC in the garb of civilian activities. We have also witnessed that Pakistan's aid and abetment to cross border terrorism, smuggling of arms & narcotic substances have spilled over to the International Boundary," he added.

Speaking on India-China border tension, he said, "The two sides have agreed to disengage as early as possible. We remain committed to peace."