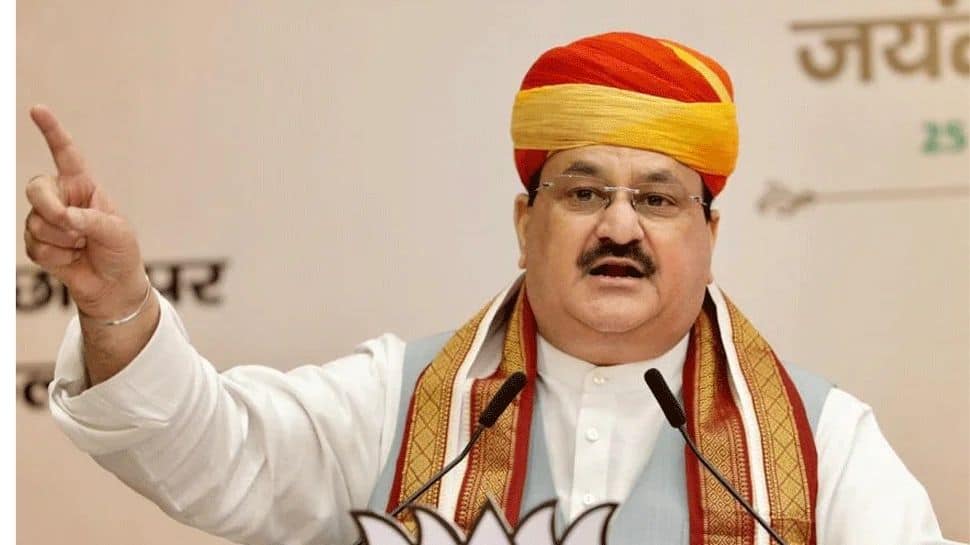 New Delhi: BJP national chief JP Nadda took a dig at the opposition and said that the ruling party has been involved in relief activities amid COVID-19 while the opposition has gone into “quarantine”.

The BJP is celebrating seven years of the Modi government at the Centre as "Seva Diwas" today (May 30) where its workers will dedicate themselves to COVID-19 relief activities and serve the people in villages.

“BJP workers are standing with the people during the pandemic unlike the opposition leaders who are only visible in virtual press conferences,” he was quoted as saying by PTI.

Attacking the opposition parties, Nadda said, “The opposition had tried hard to break the morale of the government as they said this is Modi's vaccine and raised questions. But now they are screaming for vaccines.”

The central government has been targeted by the opposition for its handling of the second wave of the COVID-19 pandemic.

Meanwhile, he claimed that Bharat Biotech, who has been producing 1.3 crore COVID-19 vaccines a month, will start manufacturing 10 crore vaccines per month by October, ANI reported.

The BJP decided not to celebrate the seventh anniversary of its government and instead has organized relief activities at the village level. As per BJP, crores of workers will provide service work in 1 lakh villages.

Indian Railways Recruitment: Over 3,600 vacancies, check posts and other details