The commitments of the party include providing three lakh jobs to the youth. 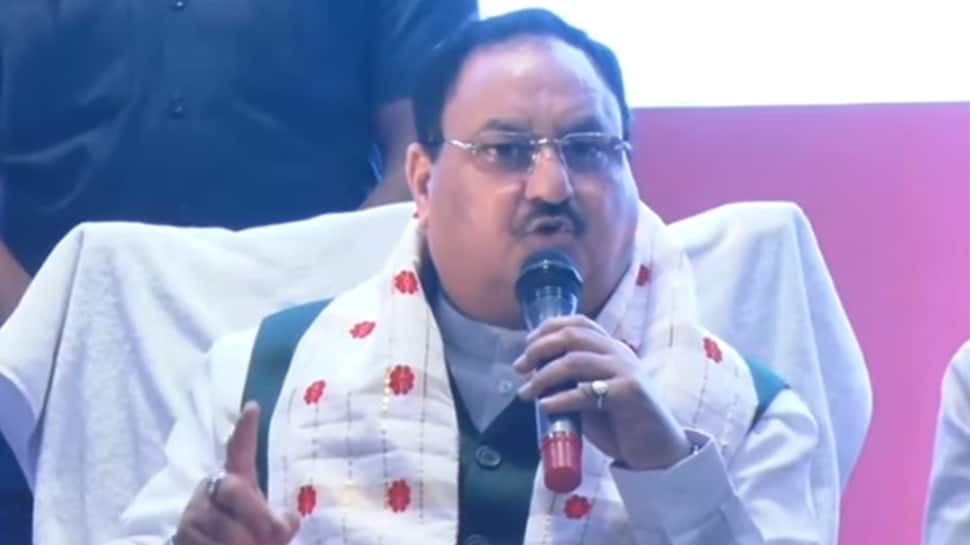 Guwahati: BJP President JP Nadda on Tuesday (March 23) released the manifesto for the Assam Assembly Elections. He listed 10 commitments to help Assam take the next ‘big leap’ in the coming five years.

The commitments of the party include providing three lakh jobs to the youth, financial support to namgarhs and correct the National Register of Citizens for Assam’s protection.

The BJP chief said that five years ago, Assam had become passive and had lost the ability to solve its problems.

"Under the dynamic leadership of Prime Minister Narendra Modi and Chief Minister Sarbananda Sonowal, this has changed. We have been able to push for inclusive development of Assam," JP Nadda said.

"We are rooting for a big leap. With these aspirations, we have put our words in ten commitments to the people of Assam," Nadda said.

"30 lakh deserving families will be paid financial support of Rs 3,000 per month under Orunodoi Scheme," he added.

Nadda also committed to the removal of illegal encroachments and promised to pay Rs 2.5 lakh as financial support for all namgarhs.

"We are committed to the quality education of the children of the state. Free education will be provided to all children in government institutions. Girl students will get bicycles from Class 8 onwards to stop the tribal dropout," he added.

On the NRC, Nadda said that the BJP government will work on a corrected NRC for Assam’s protection.

”We will work on a corrected NRC for Assam’s protection. We will protect genuine Indian citizens and detect infiltrators to ensure the Ahom civilization stays safe," he said.

The sixth commitment of BJP is to protect Assam's political rights by speeding up the delimitation process.

"To make the state self-sufficient, we will start `Assam Aahar Aatmanirbharta` initiative. For this, we will plan at the micro and macro level and take it ahead in several sectors," Nadda said.

The BJP manifesto promised to ensure job opportunities for the youth and proposed to make the state the fastest job creator in the country.

"Two lakh people to get government jobs and one lakh will get jobs by March 31, 2022. About eight lakh jobs will be enhanced in the private sector," the BJP chief said.

He further said that entrepreneurship in Assam will be promoted under Swami Vivekananda Youth Employment scheme.

"Two lakh youths to be supported as entrepreneurs every year for the next five years," he added.

Elections for the 126-seat Assam Legislative Assembly are scheduled to take place in three phases from March 27 to April 6. The results will be announced on May 2.