BJP frustrated, its workers restless after SP-BSP alliance in UP: Akhilesh Yadav

The SP-BSP tie-up has made BJP restless in UP, says Akhilesh Yadav. 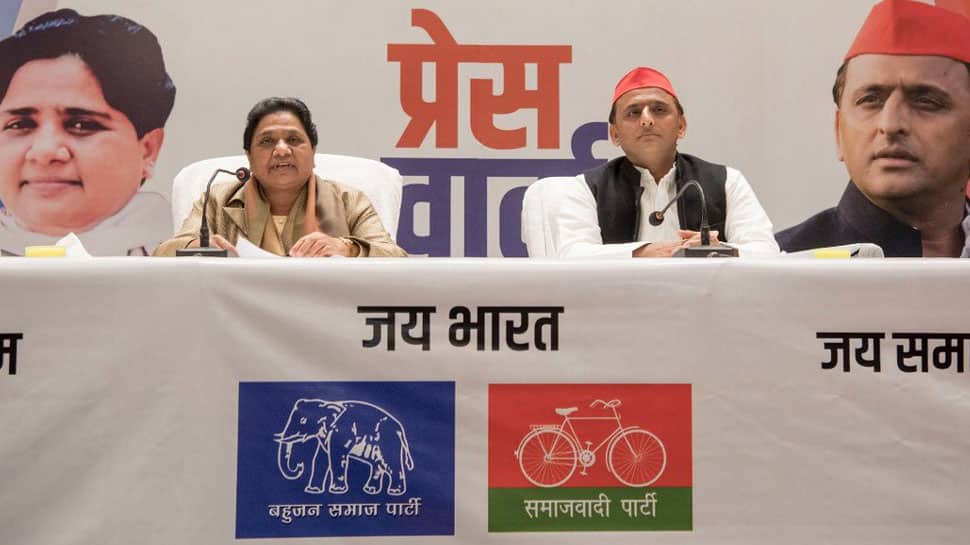 New Delhi: Samajwadi Party president and former Uttar Pradesh chief minister Akhilesh Yadav took a potshot at the BJP on Sunday and said that central leadership of the saffron party has become restless ever since he announced a pre-poll tie-up with Mayawati-led BSP.

The young SP president also suggested that the BJP workers in UP appear to have lost all hopes of their party's victory in the wake of an alliance between the SP and the BSP.

Akhilesh also claimed that apparently frustrated with the SP-BSP alliance in Uttar Pradesh, many BJP’s leaders and workers were now willing to switch sides ahead of the crucial Lok Sabha polls.

The SP chief's latest comment on the ruling BJP came hours after SP and BSP -  once arch-rivals - announced their tie-up in Uttar Pradesh for the 2019 Lok Sabha polls, sharing 38 seats each and keeping the Congress out of the alliance.

The parties, however, said they would not field candidates in Amethi and Rae Bareli, represented by Congress president Rahul Gandhi and UPA chairperson Sonia Gandhi.

They also left two seats out of the 80 in the state for smaller allies, without naming them. But there have been talks with Ajit Singh's Rashtriya Lok Dal.

''This press conference will rob the guru-chela of their sleep,'' she said on Saturday.

"I have full confidence that just as our alliance defeated the BJP in the Lok Sabha bypolls, we will crush the saffron party in the general elections," she said, referring to the BJP's defeat in Phulpur, Gorakhpur and Kairana parliamentary bypolls.

In Varanasi, senior Congress leader P Chidambaram hoped the Lucknow announcement wasn't the last word and a broad-based alliance would be formed in the state as polls approach. But he also asserted the Congress was ready to fight alone.

Senior Congress leaders including the UP in-charge at All India Congress Committee, Ghulam Nabi Azad, will be in Lucknow Sunday to discuss the party's strategy, a spokesperson said.

Reacting to the alliance announcement, the BJP's Ravi Shankar Prasad said the two parties had come together just for their own survival.

In his address at the BJP national convention a little after the UP development, PM Modi didn't refer directly to the SP-BSP deal but dismissed opposition efforts at coalition-building as a failed experiment to bring in a 'helpless government.'

Explaining why the Congress was not included in the alliance, Mayawati said during that party's rule over the years, poverty, unemployment and corruption grew and there were scams in defence deals.

"Just as the Bofors scam uprooted the Congress, the BJP will witness the same fate because of its involvement in the Rafale scam," she said, referring to the graft allegations against the ruling party in a deal for French military aircraft.

She also said her party has not benefitted in seat-sharing pacts with the Congress.

"In the past, I have seen that our votes get transferred to the Congress, but not vice-versa. We do not gain from an alliance with the Congress, whereas the vote transfer is perfect in an SP-BSP tie-up," Mayawati said.

In 2014, the BJP had won 71 seats in Uttar Pradesh, which sends the largest number of MPs to the Lok Sabha. BJP ally Apna Dal bagged two. The SP won five seats and the Congress two, while the BSP drew a blank.