Amid rising speculations that Rajasthan Deputy Chief Minister Sachin Pilot would quit the Congress to join BJP, sources claimed on Monday (July 13) that Pilot is unlikely to join BJP. Sources added that BJP's central leadership has hinted that though Pilot is miffed with Rajasthan Chief Minister Ashok Gehlot he would not join the saffron party. 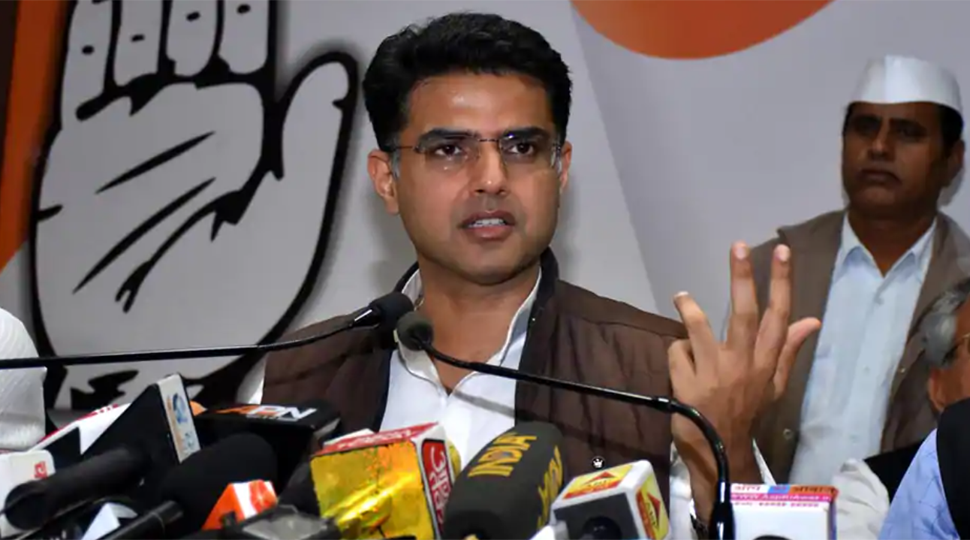 Amid rising speculations that Rajasthan Deputy Chief Minister Sachin Pilot would quit the Congress to join BJP, sources claimed on Monday (July 13) that Pilot is unlikely to join BJP. Sources added that BJP's central leadership has hinted that though Pilot is miffed with Rajasthan Chief Minister Ashok Gehlot he would not join the saffron party.

BJP is closely monitoring the changing political situation in Rajasthan and is waiting for Pilot's next move before taking finalising its strategy for Rajasthan. It is to be noted that CM Gehlot-led government has a conmfortable majority in the state Assembly and there is a significant difference between the number of MLAs of Congress and BJP. The saffron party will first analyse the strength of Pilot camp as at least 30 Congress MLAs will have to resign to put Gehlot government in minority in 200-member Rajasthan Assembly.

Meanwhile, senior Congress leaders have reached an agreement over the removal of Pilot as Rajasthan Congress president and appoint Raghuveer Meena, former MP and member of CWC, as the new chief of Congress in Rajasthan. Sources said that a formal announcement in this regard will be made on Monday. Senior Congress leaders, including Avinash Pande, Ajay Maken and Randeep Surjewala were sent to Jaipur on Sunday to finalise the name of new chief of Rajasthan.

On Sunday (July 12) night, Rajasthan Congress in-charge Avinash Pande said that a whip has been issued to all party MLAs to be mandatorily present at Congress Legislature Party meeting to be held on Monday (July 13) in Jaipur. Pande asserted that strict disciplinary action will be taken against any MLA who will fail to attend the meeting without mentioning personal/special reason.

Pande expressed confidence that Chief Minister Ashok Gehlot-led government will survive as 109 MLAs have signed a letter expressing their trust and support to his government. Pande added that some more MLAs had telephonic conversation with CM Gehlot and they will also sign letter of support on Monday.

Pande made the statements hours after Rajasthan Deputy Chief Minister Sachin Pilot revolted against CM Gehlot and claimed that he has the support of over 30 MLAs. Pilot also said that he will not attend the Legislature Party meeting on Monday at CM Gehlot's residence.

The current flashpoint between Gehlot and Pilot was a probe ordered by the state police into "poaching" of MLAs and a notice sent to Pilot, which has not gone well with Rajasthan Congress president. The Rajasthan police issued notices to Gehlot and his deputy Pilot to record their statement in connection with the alleged attempts to topple their Congress government.