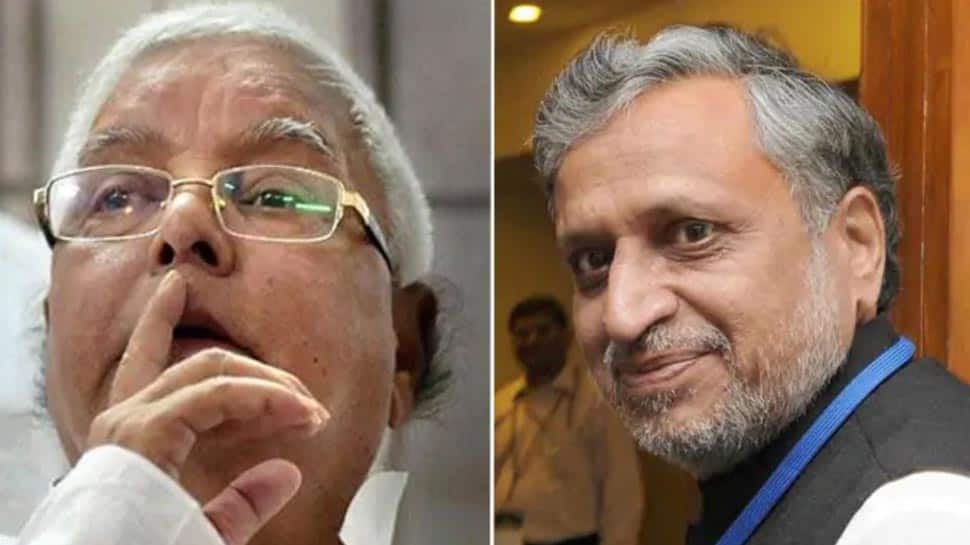 According to Sushil Modi, Lalu Prasad, who is presently staying at Kelly bungalow at Ranchi's Rajendra Institute of Medical Sciences, was calling NDA MLAs and luring them to leave NDA and join hands with Mahagathbandhan.

Sushil Modi said that when he dialled the mentioned mobile number, the call was picked up by Lalu Prasad. Sushil Modi claimed that he told the RJD supremo not to indulge in dirty tricks from inside the jail.

"When I telephoned, Lalu directly picked up. I said don't do these dirty tricks from jail, you will not succeed", tweeted Sushil Modi. 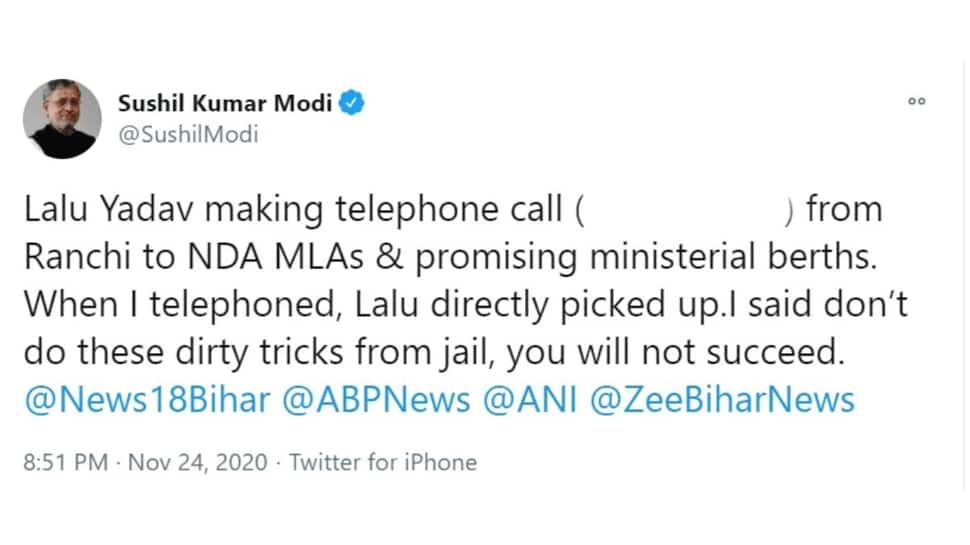 "Using his power, the convict of corruption is in the hospital and is communicating directly on the phone. Tejashwi Yadav should respond to the allegations on his father,"said Janta Dal United MLC Neeraj Kumar.

Initially lodged at the Hotwar Central Jail, Lalu was shifted to the RIMS hospital in the Jharkhand capital on medical grounds. For the last few months, he has been putting up at the bungalow allotted to the Director of RIMS, which is seen as a favour extended to the ageing and ailing leader by the sympathetic Hemant Soren government in which the RJD is a partner.