Angered by the recent rape cases in Unnao and Kathua, residents of Allahabad's Shivkuti colony say these cases have BJP leaders involved in some way or the other. 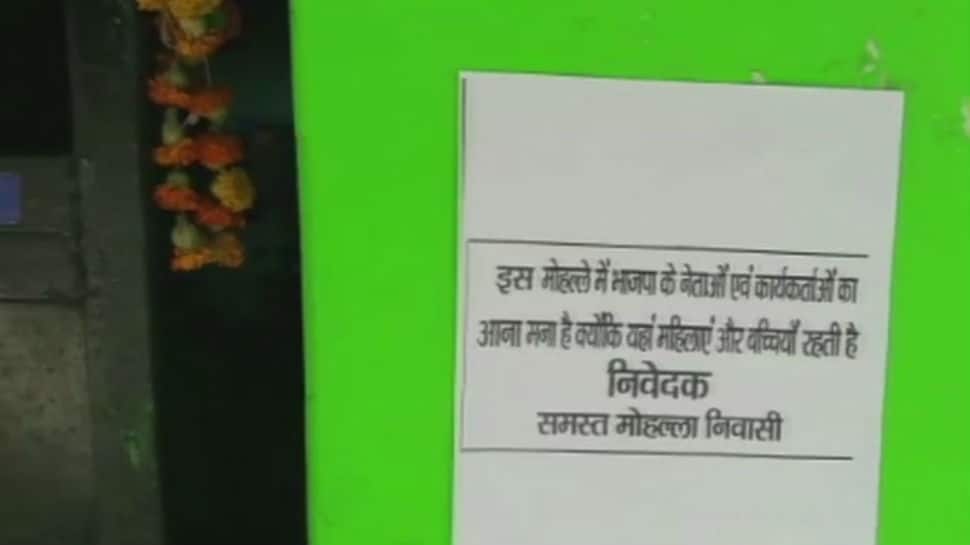 New Delhi: A residential colony in Allahabad has put up posters which prohibits entry of politicians and workers of BJP. Printed on regular A4 size papers, the posters have been pasted outside several homes.

News agency ANI reports that several residents have been enraged with incidents of rape and molestation, and feel that with BJP politicians being involved in some or the other way, it is best if no one from the party came to their colony. They have therefore put up warning posters which read: Entry of BJP politicians and workers in this colony is prohibited because there are women and girls staying here.

Allahabad: Residents of Shivkuti colony have put posters outside their houses, stating 'entry of politicians & members of BJP is prohibited'. Locals say this has been done due to alleged role of BJP workers in increasing number of rapes & crime against women. pic.twitter.com/K7CCd4IHdL

The locals here feel the alleged role of BJP members in the Unnao and Kathua rape cases have angered as well as frightened them. It is in the best interest of all, they say, that those with any links to the party remain away.

BJP has been fighting fire since the two rape cases came to light. In Unnao, a BJP MLA - Kuldeep Singh Sengar - has been accused of raping a minor. While police initially did not arrest him, the eventual pressure resulted in the matter being handed over to CBI and Sengar being arrested. As for Kathua, an eight-year-old girl was kidnapped, sedated, raped and murdered. When an organisation organised a protest against the initial investigations into the case, two BJP ministers in the J&K cabinet joined in. They have since resigned and the PDP-BJP alliance now hangs in balance.

With opposition led by Congress mounting a massive attack, BJP's image has suffered a considerable blow. PM Narendra Modi, charged for being silent on the issue, broke his silence on the two cases on Friday when he said justice for the victims would be delivered.