Rajasthan BJP president Satish Poonia on Thursday said that his party has forged an alliance with the Rashtriya Loktantrik Party (RLP) to contest the Assembly bypoll in Khinwsar in Nagaur district on October 21. 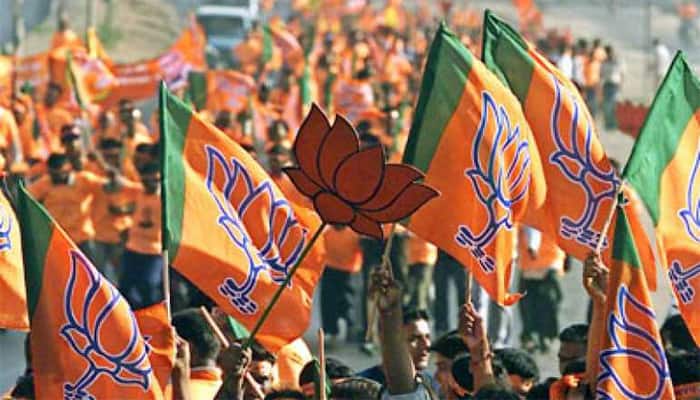 JAIPUR: Rajasthan BJP president Satish Poonia on Thursday said that his party has forged an alliance with the Rashtriya Loktantrik Party (RLP) to contest the Assembly bypoll in Khinwsar in Nagaur district on October 21.

Addressing a press conference, Poonia said that the BJP has decided to allow the RLP to field its candidate from this seat. The BJP leader, however, added that the saffron party will field its candidates for by-polls to Mandawa seat in Jhunjhunu district, scheduled to be held on October 21.

It may be recalled that the BJP and RLP had formed an alliance before the 2019 Lok Sabha election for the Nagaur parliamentary seat and RLP leader Hanuman Beniwal contested and won from this seat after defeating Jyoti Mirdha of the Congress. Beniwal was the MLA from Khinswar and he resigned after winning the Lok Sabha poll, thus necessiating the bypoll.

Addressing the press conference, Beniwal said, "We shall repeat the success story of the Lok Sabha polls and work towards a `Congress-mukt Rajasthan` by winning both the seats in the by-elections." Beniwal slammed the Congress for failing to provide good governance to the people of Rajasthan and accused Rajasthan Chief Minister Ashok Gehlot of trying his best to induct his 'unemployed' son into the Rajasthan Cricket Association. Beniwal stressed that the BJP-RLP alliance will win both the Assembly seats."

Meanwhile, leader of Opposition and senior BJP leader Gulabchand Kataria said that his party has always treated its allies with respect. "We shall repeat the success while contesting the Khinwsar in alliance with the RLP. The Congress shall fall flat," he said.