Defending the Centre's decision to launch electoral bonds, Union Minister Piyush Goyal said that cash donations above 2,000 was banned by Prime Minister Narendra Modi-led government at the Centre on the recommendation of the Election Commission. 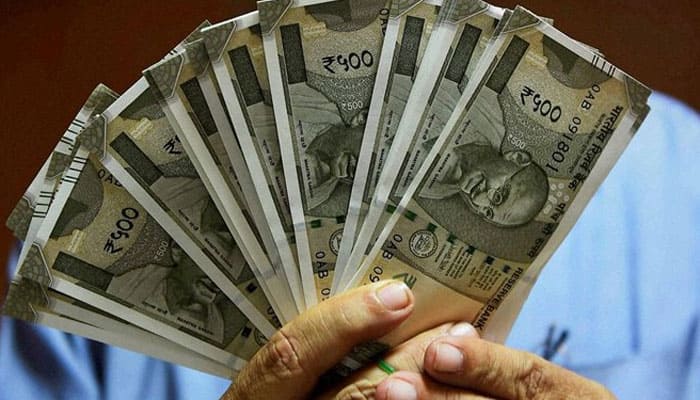 Slamming the Congress for protesting in Parliament over the issue of electoral bonds, BJP leader and Union Minister Piyush Goyal on Thursday (November 21) said that the alliance of the defeated and the dejected corrupt politicians are against the electoral bonds scheme because they do not want clean and transparent money to fund elections.

"Electoral bonds brought in honest money in electoral politics. People who are revolting against electoral bonds have grown used to black money and believe in its usage during elections," Goyal said while addressing a press conference.

"The allegations against the government over electoral bonds are baseless. The Modi government has, in fact, for the first time, taken a number of steps against corruption," he added.

Defending the Centre's decision to launch electoral bonds, Goyal said that cash donations above 2,000 was banned by Prime Minister Narendra Modi-led government at the Centre on the recommendation of the Election Commission. In an indirect attack on the Congress, the senior BJP leader said that in some parties, leaders use the political funds to build their own assets while the BJP used the political funds for the benefits of the paty.

Earlier on Thursday, the Congress raised the issue of electoral bonds in the Lok Sabha and Rajya Sabha, demanding that the BJP-led government at the Centre must disclose all details about electoral bonds. The Congress accused the government of launching the scheme to destroy transparency in the funding of political parties.

Congress MP from Anandpur Sahib Manish Tiwari said in Lok Sabha that that electoral bonds is a "political bribery scheme" and RTI replies have shown that the Centre refused to pay any heed to serious objections raised by the Reserve Bank of India against the introduction of electoral bonds.

Tiwari remarked that the electoral bonds allow anonymous funders to donate money to political parties through bearer instruments issued by the State Bank of India.

“Firstly, the scheme was limited to the Lok Sabha elections. But before the 2018 Karnataka Assembly elections, the PMO had floated a request for window to be opened for electoral bonds," he told Parliament, adding that electoral bonds scheme was launched by the BJP government to cover up the corruption.