Earlier in the day, the Uttar Pradesh Police booked Tiwari for the alleged celebratory firing in air. 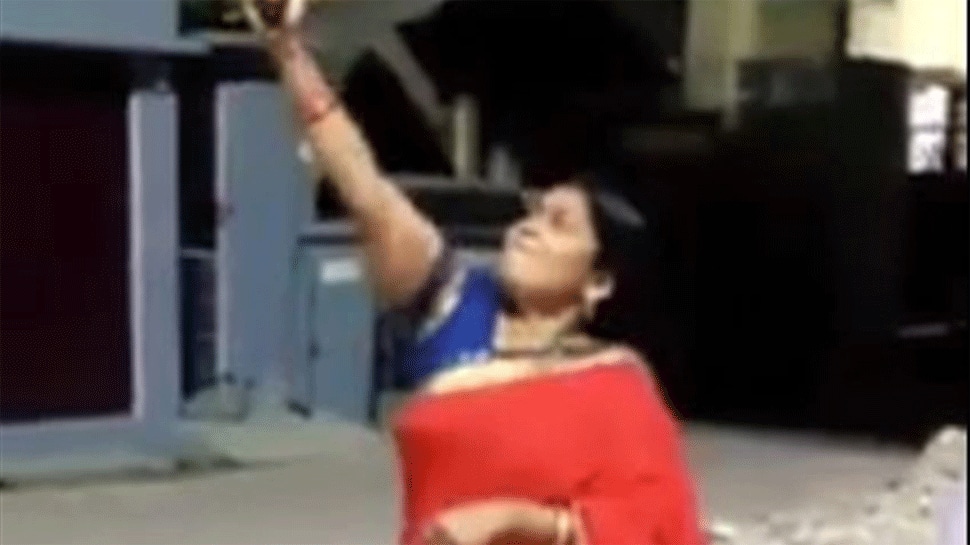 Lucknow: Manju Tiwari, the district president of Bharatiya Janata Party's woman wing in Uttar Pradesh's Balrampur has been removed from her post, hours after a video, purortedly showing her firing in the air during the '9pm9minute' event went viral. Tiwari is the woman leader of the BJP in Uttar Pradesh's Balrampur. On MOnday, a video showing her firing shots in the air with a pistol had gone viral.

Earlier in the day, the Uttar Pradesh Police booked Tiwari for the alleged celebratory firing in air. According to PTI, an FIR against her has been registered at Kotwali Nagar Police Station in Balrampur under Section 286 of the Indian Penal Code (IPC) and Section 30 of Arms Act.

Responding to the incident, the suspended BJP leader accepted her mistale and issued and apology. Speaking to ANI she said that after she saw the entire city illuminating with candles and diyas, she felt like it was Diwali and got carried away, and hence fired in the air. "It was because of over-excitement that I opened fire in the sky with the revolver. I apologize if anyone is hurt with my act. I am a disciplined party worker," she added.

On April 5, people in various parts of India turned off the lights of their houses and lighted earthen lamps, in response to Prime Minister Narendra Modi's '9 pm9minute' appeal to show solidarty in their fight to combat coronavirus. "I saw the entire city illuminating with candles and earthen lamps. I felt like it was Diwali and fired in the air out of jubilation. I accept my mistake and apologise for it," Tiwari said.

Balrampur Suprintendent of Police Arvind Mishra told PTI, "Last night Manju Tiwari, the BJP leader fired in air with her video of the celebratory firing going viral on social media. A case has been registered against Tiwari in Nagar Kotwali under section 286 of the IPC (negligent conduct with respect to explosive substance)." Mishra said the police has launched a probe into the case and would take necessary action after investigation.