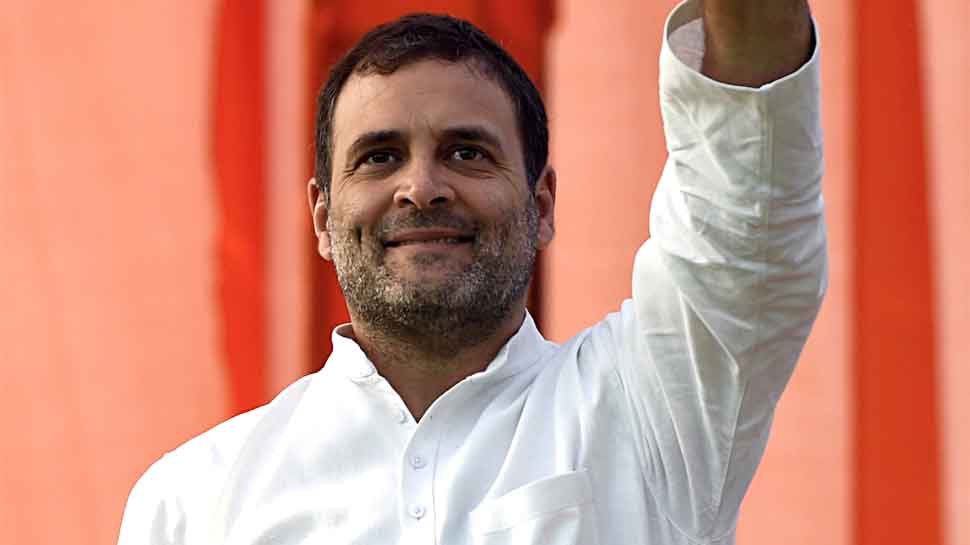 New Delhi: The Bharatiya Janata Party (BJP) on Saturday will hold a nationwide workers' programme demanding Congress leader Rahul Gandhi's apology for his 'baseless allegations' on Rafale issue after the Supreme Court gave a clean chit to the Modi government in the matter on Thursday and dismissed the petitions for a review of its earlier order.

Congress leader Rahul Gandhi yesterday reiterated Congress' demand of an investigation by a Joint Parliamentary Committee (JPC) into the Rafale fighter jet deal with France ."Justice Joseph of the Supreme Court has opened a huge door into an investigation of the Rafale scam. An investigation must now begin in full earnest," tweeted Rahul, who made Rafale deal an issue in the 2019 Lok Sabha elections. The former Congress party president also put out a copy of Justice Joseph's order in the case, which said an FIR must be registered on the petitioners' complaint to 'disclose cognizable offences' in the deal.

The Congress party had launched an aggressive political campaign alleging corruption in the Rafale fighter jet deal issue during the 2019 Lok Sabha election. The party also contested the assembly elections in Madhya Pradesh, Rajasthan and Chhattisgarh in December 2018 making Rafale as its main poll plank.

After the top court verdict, Union Minister Ravi Shankar Prasad lashed out at Rahul Gandhi for "lying" about the Rafale deal.  Prasad said that Rahul not only dragged Dassault and Reliance, the companies that were involved in the agreement, but also the former presidents of France. "Earlier he (Rahul Gandhi) created furore saying that PM Modi gave the deal to Reliance, then Dassault said that decision is taken by them not the Indian government," Prasad said.

Defence Minister Rajnath Singh did not take any names but said that matters related to defence should not be politicised. He also slammed Congress party for maligning the image of PM Modi and demanded an apology.

The apex court on Thursday dismissed the review petitions against its verdict in the Rafale deal on grounds that they lacked merit, reiterating its clean chit to the Modi government in the fighter jet agreement with French firm Dassault Aviation.

In another verdict, the apex court closed the contempt plea against Congress leader Rahul Gandhi for wrongly attributing to the apex court his "chowkidar chor hai" remark against Modi in connection with the Rafale case. The court said the remarks made by Gandhi were far from true and he should have refrained from those and should have been careful.

The verdict of the SC in the two cases could impact the Congress in the upcoming assembly elections in Jharkhand and Delhi, where the Congress would be up against arch-rival BJP. The immediate problem for Congress is that the winter session of the Parliament is scheduled to start on 18 November.