New Delhi: The Bharatiya Janata Party (BJP) held a meeting of its senior leaders on Saturday with the aim to review poll preparedness for the Assembly polls in five states early next year, they deliberated on political and governance issues linked to these states.

As per reports, the party leaders and cabinet ministers are focussing on strengthening coordination and discussed how to improve the impact of government schemes and get maximum support from people.

Several union ministers attended the meet for a brainstorming session at the party`s headquarters. The meeting was convened by party chief J P Nadda and among those present were Home Minister Amit Shah and Defence Minister Rajnath Singh Nirmala Sitharaman, Narendra Singh Tomar, Smriti Irani, Piyush Goyal and Dharmendra Pradhan were among those who attended the meeting.

"Party would be making a roadmap of these exercises and stocktaking will be done," a source was quoted sa saying by ANI.

The Assembly elections for five states will be held next year including the crucial state of Uttar Pradesh and the BJP has been assessing its preparations at various levels. Apart from UP, assembly polls in Uttarakhand, Punjab, Manipur and Goa are slated for early next year.

Notably, the BJP is in power in all these states except Punjab, and has been holding a series of meetings of its senior leaders as it works to put up an impressive show in the next round of elections. 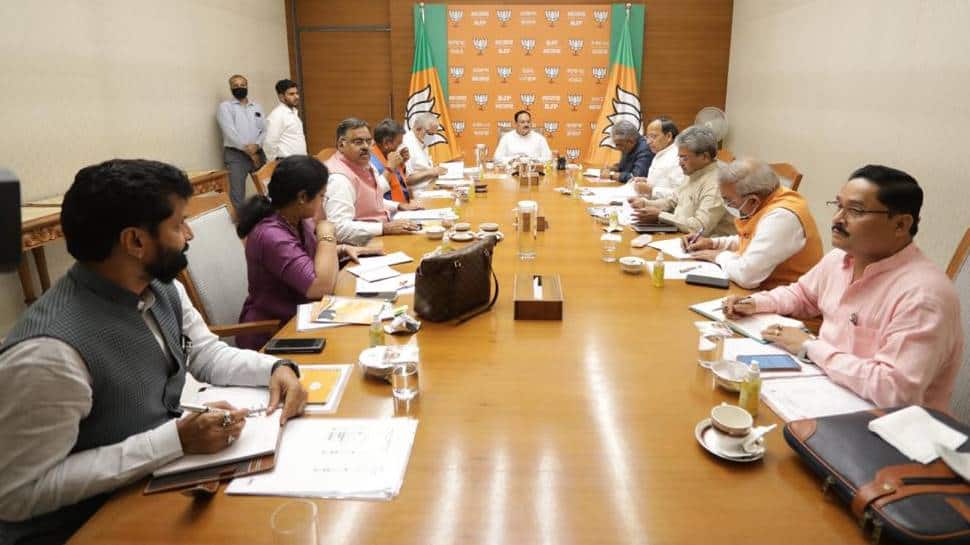 The party leaders took stock of various development work going on in these states as the BJP leadership has often stressed on the need for coordination among different ministries and the party organisation in an effort to factor in the feedback, PTI reported.

Bihar Board Class 10 Results: BSEB to issue marksheet, check date and how to download