The PM's whirlwind tour will begin in Chhattisgarh's Raigarh and end at Haryana's Kurukshetra. 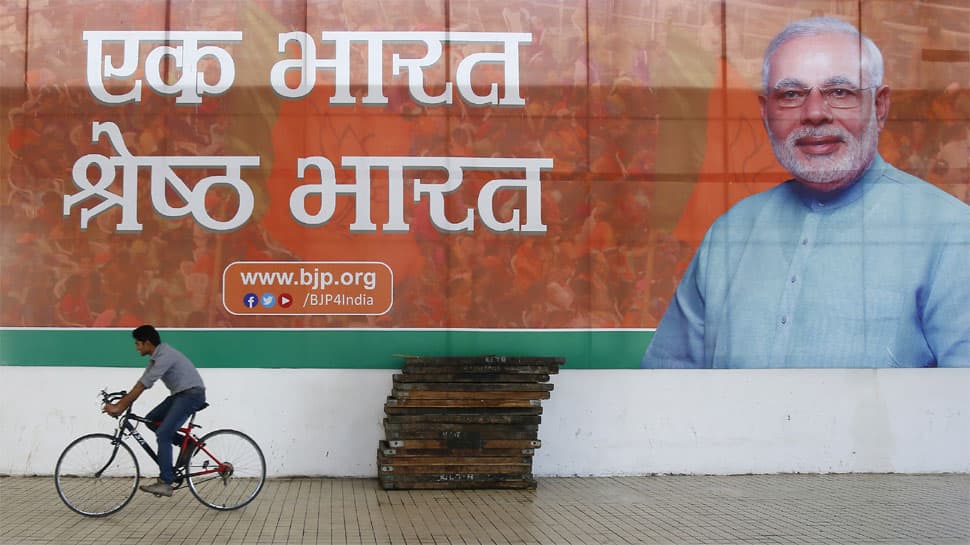 NEW DELHI: Weeks ahead of the announcement of the 17th Lok Sabha election schedule, Prime Minister Narendra Modi will launch a glittering BJP election campaign with a 10-state visit spanning over five days.

The first stop will be in Chhattisgarh's Raigarh district where the Prime Minister is scheduled to address a rally on Friday. This will be Modi's first rally in Chhattisgarh after BJP defeat in the state assembly elections in December last year.

On February 9, the Prime Minister Narendra Modi will head for a visit in three northeastern states - Assam, Arunachal Pradesh and Tripura.

He will fly to Arunachal Pradesh to lay the foundation for the greenfield airport in Hollongi (in Papum Pare district near Itanagar) and address a public meeting. He'll also inaugurate and lay the foundation stones of several infrastructure projects through remote control system.

Modi would then reach Tripura`s Agartala and unveil a statue of Tripura`s late king Maharaja Bir Bikram Kishore Manikya at the airport, inaugurate an extended railway line and open an academic building of the Tripura Institute of Technology. He will also address a public gathering at the Swami Vivekananda Ground in the capital city.

The same day, PM Modi would head to Assam to inaugurate and lay foundation stones for several infrastructure projects. During his overnight stay in Guwahati, he would hold meetings with the senior leaders of ruling Bharatiya Janata Party.

"Prime Minister would arrive in Guwahati on Friday evening and stay their overnight. He would hold meetings with the party (BJP) leaders there and next day he would move for Itanagar (Arunachal Pradesh)," Tripura Pradesh BJP General Secretary Pratima Bhowmik told IANS.

Next on the itinerary is Tamil Nadu’s Tirupur, Karnataka's Hubballi and Andhra Pradesh's Guntur, where the PM will address three public rallies on February 10.

On February 11, the Prime Minister will head to Uttar Pradesh's Mathura where he will attend an Akshaypatra Foundation programme and serve midday meals to children.

The final pit stop will be on February 12 where the PM will head to Haryana's Kurukshetra for the Swachh Shakti programme.