BKU leader Rakesh Tikait asserted the brutal killing at the Singhu border had nothing to do with their agitation and that farmers will continue their protests. 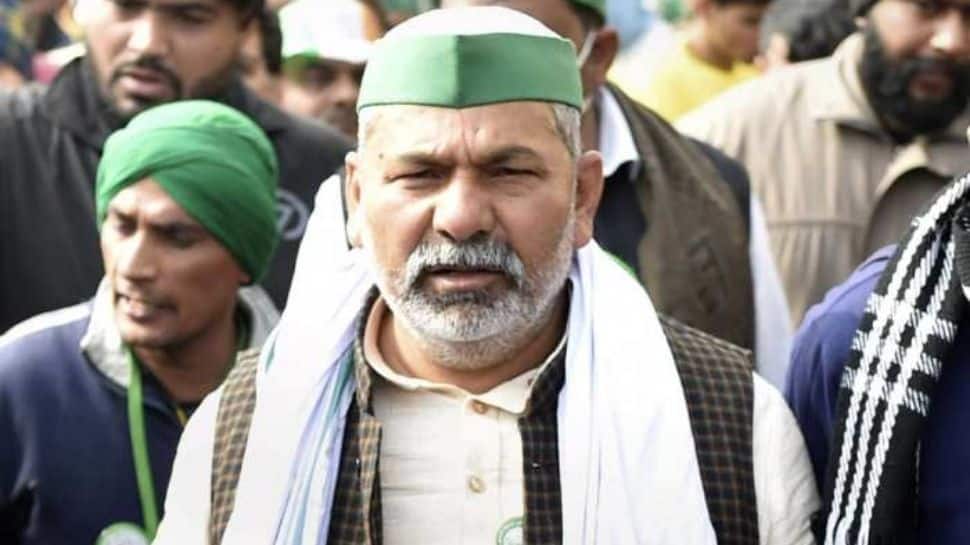 New Delhi: Bhartiya Kisan Union (BKU) spokesperson Rakesh Tikait on Friday (October 15) condemned the horrid killing of a man whose mutilated body was found near Singhu border and said the culprits should be brought to justice.

The deceased identified as Lakhbir Singh, a resident of village Cheema Khurd in Tarn Taran district of Punjab, was found tied to a police barricade with his hands chopped off near Singhu border, where farmers have been protesting against the three farms laws since November last year.

Tikait asserted the brutal incident had nothing to do with their agitation and that farmers will continue their protests. “SKM has already issued its statement over the Singhu border incident. There is no place for violence in our movement. Let the law do its work and the guilty should be punished,” the BKU leader told ANI.

"This incident has nothing to with our movement. We have been doing a peaceful agitation for 11 months against the three farm laws. We will continue our protest till the government fulfil our demands to repeal those laws," he added.

A Nihang group at the protest site on Singhu border had claimed responsibility for the brutal murder over sacrilege to the ‘Sarbaloh Granth’.

In a statement on Friday, the Samyukt Kisan Morcha (SKM) said, “We want to make it clear that both the parties to this incident, the Nihang group and the deceased, have no relation with SKM. The Morcha is against sacrilege of any religious text or symbol, but that does not give anyone the right to take the law into their own hands.”  Further, the SKM demanded that the culprits should be punished after a lawful investigation and that they will "cooperate with the police and administration in any lawful action."

Meanwhile, Deputy Superintendent of Police (DSP) Hansraj said an FIR under IPC 302 and 34 was registered in the case. The Haryana Police detained one person in connection with the Singhu border murder case. As per Haryana police sources, efforts are on to nab the other culprits.