While the current speed of BrahMos missile is about Mach 2.8-3 (about 3704.4 kilometre per hour), the hypersonic version called BrahMos-II will be able to reach Mach 6 (7408.8 kmph) and above. The supersonic version of BrahMos has a range of 290km and is in service with the Indian Army, Indian Navy and Indian Air Force as well as the Russian defence forces. 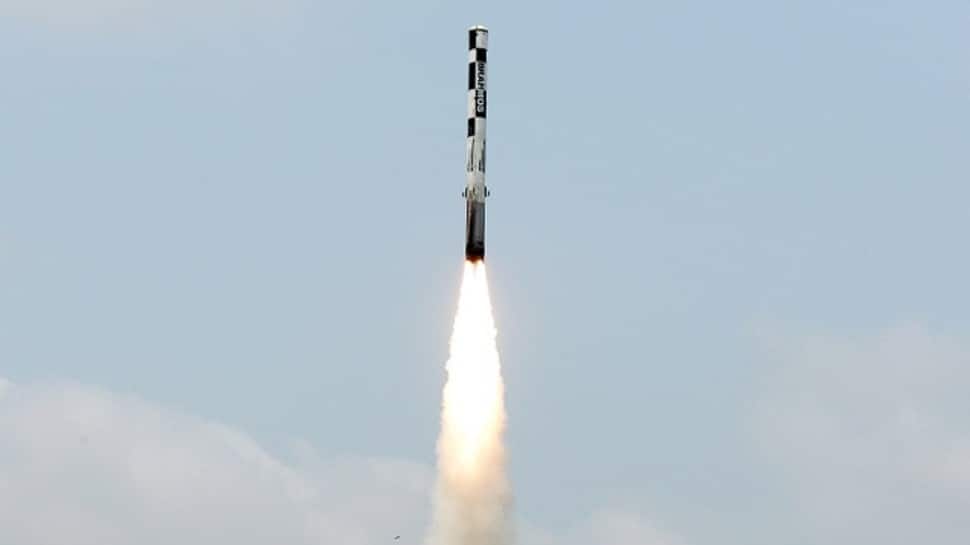 A version with a range of 800 kilometres and another which is hypersonic! BrahMos, the world's most advanced supersonic cruise missile, could soon have two new cousins which will add more lethality to the Indian armed forces. While BrahMos Aerospace is already planning to seek permission from India and Russia for starting work on extending the range of BrahMos to 800km, development of the hypersonic version of the missile is already taking place.

According to Sudhir Kumar Mishra, the Distinguished Scientist & Director General and CEO & MD of BrahMos Aerospace, the technique to extend the range of BrahMos missile to 800 km exists and once the defence company gets the go-ahead, then it can start work on the same.

"Technically, there is a possibility to extend the BrahMos flight range to 800km. We have already tested our missile to a range of 400km. The launch was successful. Today we are considering getting permissions from India and Russia on further extending the flight range of the BrahMos missile. Technically, it is possible to extend the flight range to 800km and this is the task we face," he told Russian news agency TASS on Wednesday at MAKS-2019, the international aviation and space salon in Zhukovsky, near Russian capital Moscow.

The hypersonic version will use a scramjet engine in place of ramjet which will allow combustion in a supersonic airflow, ensuring that BrahMos-II is able to fly at more than Mach 4. If BrahMos strikes a target at a speed of Mach 6, then it will be able to penetrate even hardened or deeply buried targets like bunkers or nuclear and biological-weapon storage facilities as it will have great kinetic energy.

BrahMos-II will have the same physical characteristics of its supersonic version allowing the hypersonic missile to be fired from the launcher. BrahMos is 8-8.2 metres long with a diameter of 0.67m and has a launch weight between 2,200-3,000 kilogrammes. The missile can carry a warhead of 200-300 kg which can be either high explosives or submunitions.