Addressing the media, Amarinder Singh - who has been at helm for over nine and half years - said he felt humiliated and he had conveyed this to Congress leadership 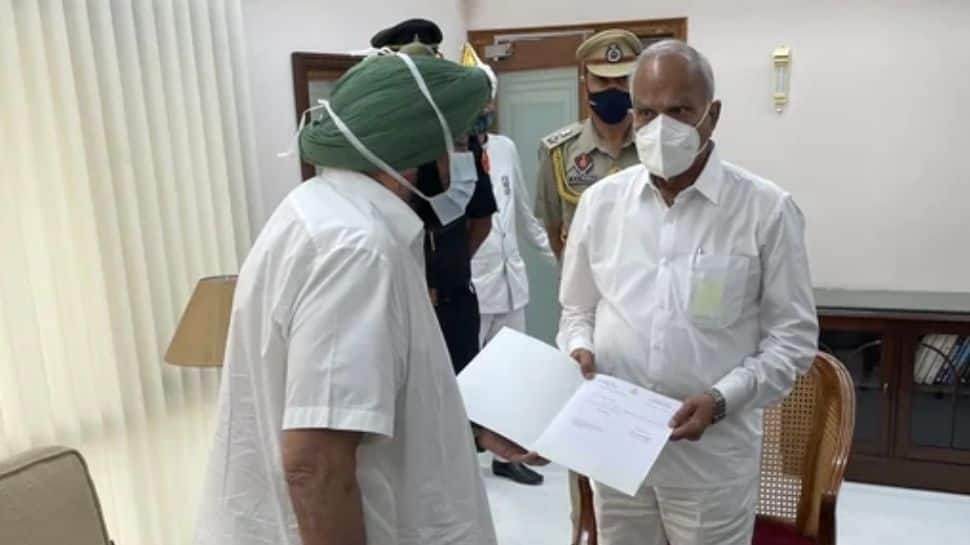 Chandigarh: Amarinder Singh has resigned as Punjab Chief Minister submits his resignation along with that of his council of ministers. The embattled Amarinder Singh stepped down from his post on Saturday (September 18) ahead of the meeting of party legislators in the faction-ridden state unit as the party high command decided to effect a change of guard in the border state ahead of assembly polls early next year.The Chief Minister went to meet Governor Banwari Lal Purohit to hand over his resignation.The move came as factionalism again surfaced in the state unit with sections opposed to him requesting a meeting of Congress Legislature Party.

Addressing the media, Singh said he felt humiliated and he had conveyed this to Congress President Sonia Gandhi. "Amarinder Singh spoke to Congress President Sonia Gandhi in the morning and told her he is being humiliated and he will resign from the party," a close confidant of the Chief Minister, told IANS earlier in the end. According to some senior party leaders, the high command has categorically asked Amarinder Singh to step down.

"Future politics is an option and when time comes, I will take a called," Singh said. Asked if he would accept the future Punjab CM, the captain said that he will discuss with his colleagues and loyalists and take a call in future. He added in Punjabi that the party can make "chief minister whoever it wants to."

Over 50 Congress legislators from Punjab have written to party chief Sonia Gandhi seeking that Amarinder Singh - who has been at helm for over 9 years - be replaced as chief minister, highly placed party sources said on Saturday ahead of a crucial meeting of the Congress Legislative Party in Chandigarh.

Last month, four ministers and around two dozen party legislators had raised the banner of revolt against the Punjab CM and said they had no faith in Amarinder Singh's ability to honour unfulfilled promises.