President Ram Nath Kovind on Saturday addressed the nation on the eve of 71st Republic Day. The President's address, which began at 7 pm, is being broadcast on the entire national network of All India Radio (AIR) and telecast over all channels of Doordarshan in Hindi followed by the English version. 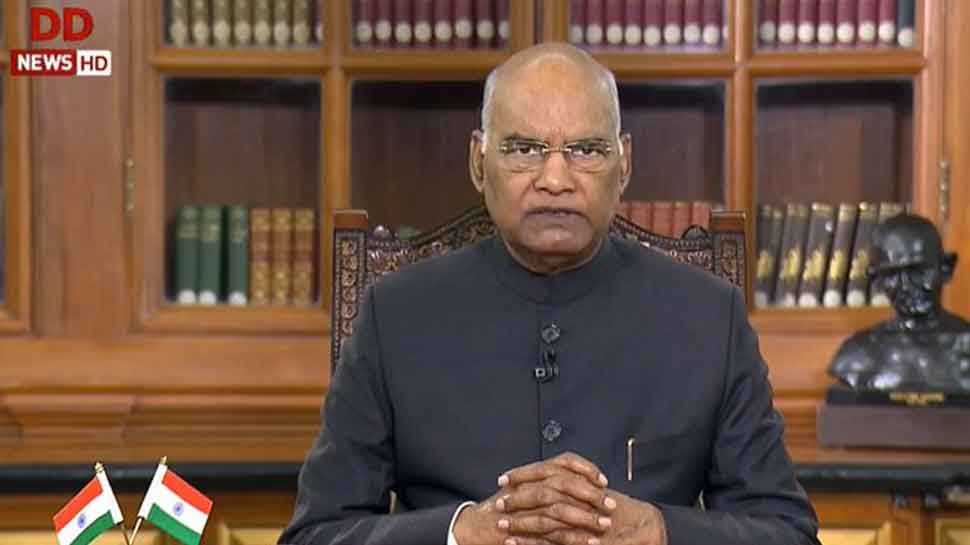 NEW DELHI: President Ram Nath Kovind on Saturday addressed the nation on the eve of 71st Republic Day. During his speech the Preidsent said that though the Legislature, Executive and Judiciary are three organs of a State, but in reality, the people comprise the State.

President Kovind also hailed the government for coming up with many development schemes like Swachh Bharat and Ujjwala Yojana.

Here are the top highlights of the President's speech:

-We are proud of the achievements of ISRO.

-We hope that our athletes will do well in the Tokyo Olympics: President

-Our athletes will have the prayers and blessings the entire country: President

-We also wish the best for the Indian contingent for Olympics 2020. They have the support of crores of people in their country: President Kovind

-Access to health, education considered the foundation of good governance. In both these sectors, we have come a long way in seven decades: President

-GST has fulfilled the vision of ‘One India, One Market’: President Kovind.

-The government has come up with many development schemes like Swachh Bharat and Ujjwala Yojana: President

-For our youth, the nation always comes first. With them, we are witnessing the emergence of new India: President

-When our land was pushed into backwardness after long colonial rule, education emerged as a path to empowerment: Prez

-The Legislature, Executive and Judiciary, are three organs of a State. But on the ground, the people comprise the State: President.

-'We the people' are prime movers of the republic, with us rests real power to decide our collective future: President