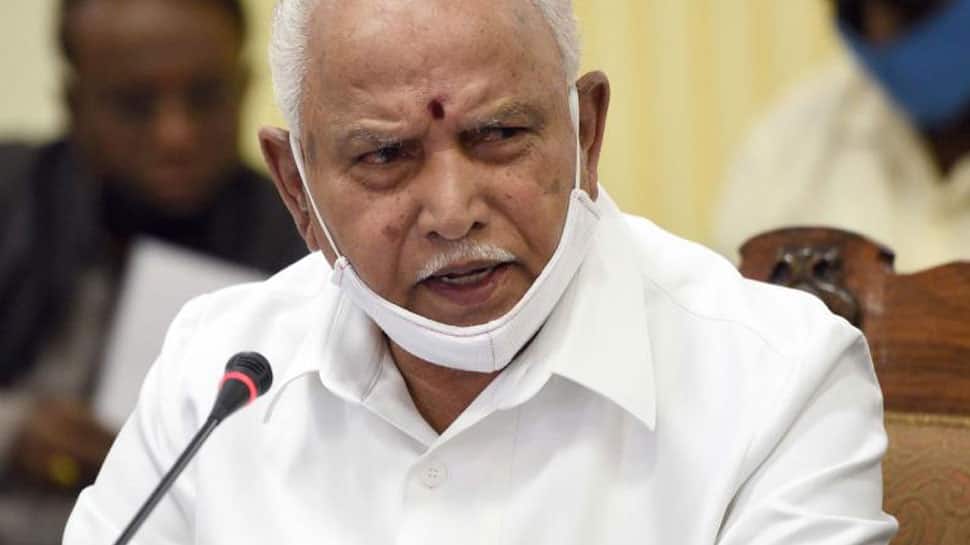 BENGALURU: Putting all speculations to rest, Karnataka Chief Minister BS Yediyurappa announced his resignation on Monday. The Karnataka BJP veteran made this announcement in an emotional speech.

Yediyurappa announced his resignation as Karnataka Chief Minister on the day his government completed two years in office.

The Lingayat strongman also thanked the BJP central leadership and said he would meet the state's governor shortly. "I have decided to resign. I will meet the Governor after lunch,'' Karnataka CM BS Yediyurappa said at an event to mark the completion of two years of his government.

I have decided to resign. I will meet the Governor after lunch: Karnataka CM BS Yediyurappa at a programme to mark the celebration of 2 years of his govt pic.twitter.com/sOn0lXAfeD

Speaking at an event, Yediyurappa broke down and said, "Every moment of my political life was an agnipariksha."

“I have a debt to pay back to the people of Karnataka. I ask officers and MLAs that people have lost trust in all of us. We should work harder and in a clean honest way. Many officials are honest. All should become that. Bangalore is being developed into a world-class city,” he said.

"I was born in Bhukanakere in Mandya and started his political career in Shivamogga. It was the people of Shikaripura who blessed me seven times and sent me to the Vidhana Soudha. With your permission, I have decided that after lunch I will meet the Governor and tender my resignation.... I am not sad but I am content," said an emotionally charged Yediyurappa.

There is an unwritten rule in the BJP of keeping out those above 75 years from elected offices. The Chief Minister also said that he will work to strengthen the party and bring it back to power, as per the expectations of the central leaders.

Yediyurappa was speaking at an event organised to mark his government's two years in office at Vidhana Soudha, the seat of the state legislature and secretariat here.

During the speech, Yediyurappa termed his tenure for two years as "trial by fire", recalling that he had to run the administration without a cabinet in the initial days, followed by devastating floods and coronavirus among other issues.

Yediyurappa later went to the Raj Bhavan and submitted his resignation, which was accepted by Governor Thaawarchand Gehlot.