Further examination revealed that each of the cattle was stuffed with six bags containing the fish eggs and was even stitched so that people do not notice it with suspicion. 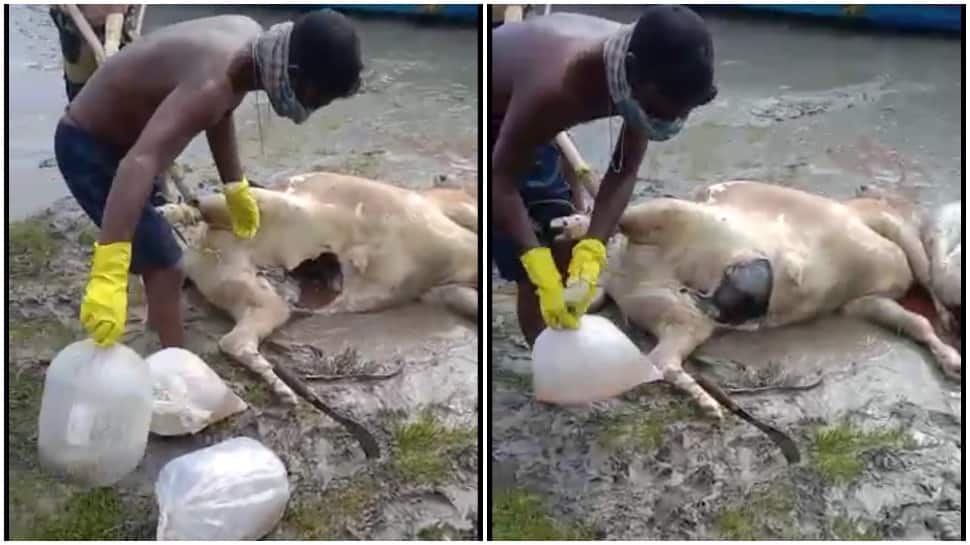 On inspection, the jawans found that two carcasses of cattle were stuffed with several polythene bags containing fish eggs.

Further examination revealed that each of the cattle was stuffed with six bags containing the fish eggs and was even stitched so that people do not notice it with suspicion.

“BSF jawans of BOP Goalpara seized 12 polythene bags containing fish eggs near Sardarpara Nala. These fish bags were stuffed and stitched inside the stomach of two dead cattle. Prima facie it looked that dead cattle were floating with the tidal flow but when they were checked the contraband items were recovered,” said a senior official of BSF South Bengal Frontier.

Sources say that smugglers use this kind of a modus operandi and drop the carcass in the river and it floats to the Bangladesh border with the tidal wave before the agent on the other side collects it.

“Fish eggs are usually in high demand in Bangladesh with which they prepare delicacies however; smuggling of item is prohibited on the border. The average worth of the seizure is Rs 48,000 on the Indian side, when it reaches the Bangladeshi territory it is sold three times than the actual cost in India,” said a senior BSF official.