BSF jawan, who died in Pakistan firing, was to go home for rituals of new-born child

The martyr, Constable Hansraj Gurjar, had been granted leave to go to his home and meet his family. 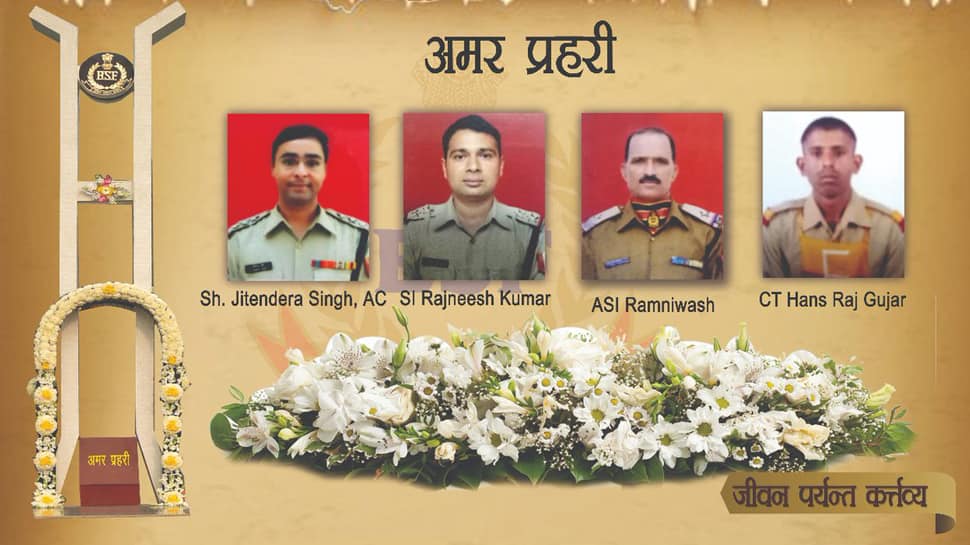 A Border Security Force (BSF) jawan, who was among the four security personnel killed by Pakistan rangers in Chambliyal sector of Samba district in Jammu and Kashmir, was supposed to reach his home on Thursday to attend the rituals of his new-born child.

The martyr, Constable Hansraj Gurjar, had been granted leave to go to his home and meet his family, but just a day before it could happen, he sacrificed his life in the line of duty. He hailed from Alwar in Rajasthan.

Sub inspector Rajneesh Kumar’s mortal remains is likely to reach his residence in Etah in Uttar Pradesh on Thursday morning.

The jawans lost their lives in "unprovoked" firing, which began on Tuesday night. It came days after the two border guarding forces, at a sector commander-level meeting on June 4, agreed to maintain peace and tranquillity along the IB.

"Since the ceasefire was on...The time we use to strengthen our defences. A team was going with defence material, Pakistan violated the ceasefire and fire at them with flat trajectory weapon followed by mortar firing. That is how the causality has taken place," Additional Director General (ADG) of BSF, Western Command, K N Chaubey, told reporters.

Another team of the BSF led by Assistant Commandant Jitender Singh rushed to evacuate them and a mortar fired from Pakistan's Asraf Post exploded close to them at Chamliyal Border Out Post, resulting in fatal causalities, he said.

The BSF ADG said that it was very unfortunate and "the ceasefire announcement made and agreed is to be honoured".

"We have honoured it and Pakistan has not honoured it. And what Pakistan does is Pakistan's business and how we respond to betrayal is our job," he said. Assistant Commandant Jitender Singh, SI Rajneesh, ASI Ramniwas and Constable Hansraj were killed in the Pakistani firing.