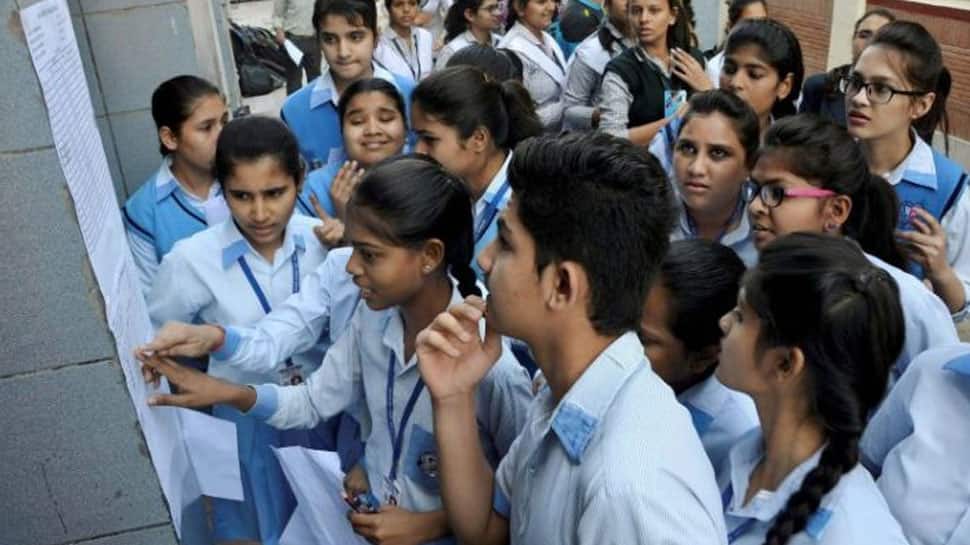 NEW DELHI: The Central Board of Secondary Education (CBSE) announced the CBSE 12 Result 2019 on Thursday, May 2, 2019. The CBSE Class 12 results 2019 can be checked on the Board's official website - cbseresults.nic.in and cbse.nic.in.

After the announcement of the results, CBSE said that girls have performed better than boys by a difference of 9 %. Around 88.7% of girls have passed the CBSE Class 12 exam this year as compared to 79.4% boys.

Interestingly, Hansika Sharma and Karishma Arora, both from UP, have scored 499 marks each and have been declared joint toppers of the CBSE Class 12 exam 2019.

Hansika Shukla is from DPS Meerut Road, Ghaziabad, while Karishma Arora is from SD Public School, Muzaffarnagar, UP.

There are three students who bagged the second spot. The second position holders are Gaurangi Chawla from Nirmal Ashram Deepmala public school in Rishikesh,  Aishwarya of Kendriya Vidyalaya Raebareli and Bhavya from Jind in Haryana.

According to an announcement by CBSE board chairperson Anita Karwal, the three regions which stood at the top in the result tally are - Trivandrum (Kerala) with 98.2 per cent pass, Chennai with 92.93 per cent and Delhi with 91.87 per cent. The Chennai region includes Tamil Nadu, Karnataka, Maharashtra, Andhra Pradesh and Andaman and the Nicobar Islands.

The board announced the Class 12th results 2019 after a press conference on Thursday around 12:15 PM.

It is also probably for the first time that the Board announced the Class 12 results 2019 in 28 days after conducting the exam.

The students who wrote their class 12 board exam this year can check their results on these websites: - cbse.nic.in, cbse.examresults.net, cbseresults.nic.in and results.gov.in.

Central Board of Secondary Education, CBSE had earlier completed the evaluation process for CBSE 10th and 12th Board Results 2019.

As for CBSE 10th Result 2019, the date as per the official notification is the first week of June.

Results for the same would also be released on cbseresults.nic.in.

More than 31 lakhs students had appeared for the CBSE Class 10 and Class 12 Board exams in 2019 that were held at 4,974 centres across India and 78 centres abroad.