Lone survivor of chopper crash, Group Captain Varun Singh, to be shifted to Bengaluru - all about him 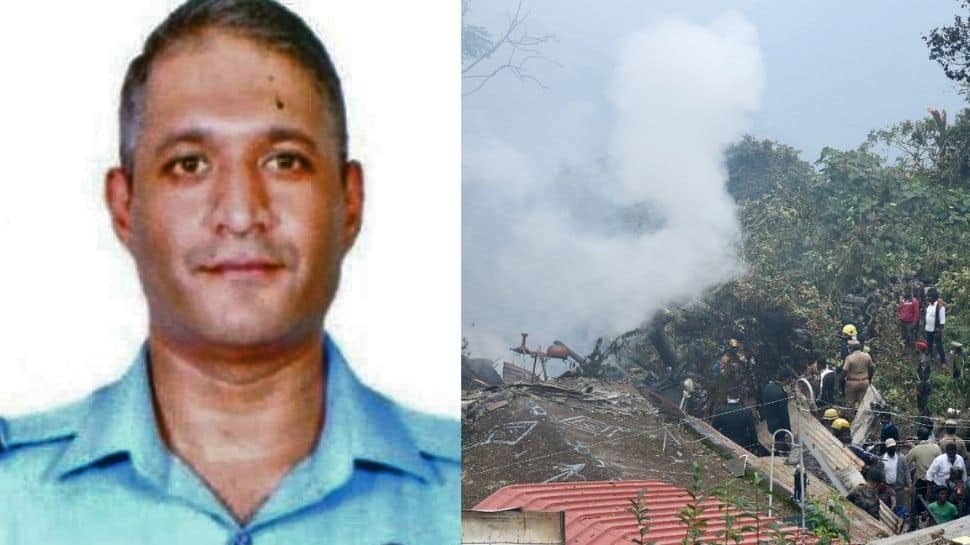 New Delhi: IAF Group Captain Varun Singh, the lone survivor of the helicopter crash that killed Chief of Defence Staff Gen Bipin Rawat and 12 others, is being shifted to Bengaluru from the Army hospital at Wellington in Tamil Nadu, his father said on Thursday (December 9).

The crash took place near Coonoor in Tamil Nadu on Wednesday. Talking to PTI over the phone, Group Captain Varun Singh's father Colonel KP Singh (retired), who is a resident of Bhopal, said, "He is being shifted to Bengaluru. I have reached Wellington." Asked about his son's condition, he said, "I can't say anything about that...I am not sure."

Group Captain Varun Singh was conferred with the Shaurya Chakra in August for averting a possible mid-air accident after his Tejas light combat aircraft suffered a major technical glitch last year. Singh is now battling for life at a military hospital in Wellington.

Chief of Defence Staff Gen Bipin Rawat, his wife Madhulika and 11 armed forces personnel were killed in the Mi-17V5 helicopter crash in one of the biggest air accidents involving top military officials. "Group Captain Varun Singh is on life support in the military hospital at Wellington and all efforts are being made to save his life," Defence Minister Rajnath Singh said while apprising Parliament on the crash.

Group Captain Singh was on board the Russian-made chopper as the liaison officer for the visit of Gen Rawat, India's senior-most military officer, to the Defence Services Staff College in Wellington. He is currently serving as an instructor at the prestigious institute.

Group Captain Singh received Gen Rawat at the Sulur airbase from where the entourage was heading towards Wellington in the chopper. His father, Colonel (retd) KP Singh had served in the Army Air Defence (AAD). Group Captain Singh was conferred with the Shaurya Chakra for displaying exemplary composure and skill when his Tejas aircraft developed the technical snag on October 12 last year.

Also read: Who is Group Captain Varun Singh? Know about only survivor of IAF chopper crash

"Despite being in extreme physical and mental stress in an extremely life-threatening situation, he maintained exemplary composure and recovered the aircraft, thereby exhibiting exceptional flying skill," this award citation said.

Officials said his aircraft experienced a total loss of control with vicious manoeuvring and under such a scenario, the pilot was at liberty to abandon the aircraft. They said he evaluated the gravity of the situation and decided to bring back the aircraft safely. "Faced with a potential hazard to his own life, he displayed extraordinary courage and skill to control and safely land the fighter aircraft saving hundreds of crore," the award citation said. "The pilot went beyond the call of duty and landed the aircraft taking calculated risks. This allowed an accurate analysis of fault on the indigenously designed fighter and further institution of preventive measures against recurrence," it said.