Central Delhi has received only 8.5 mm rainfall against the normal of 55.2 mm since June 1 -- a deficiency of 85 per cent. 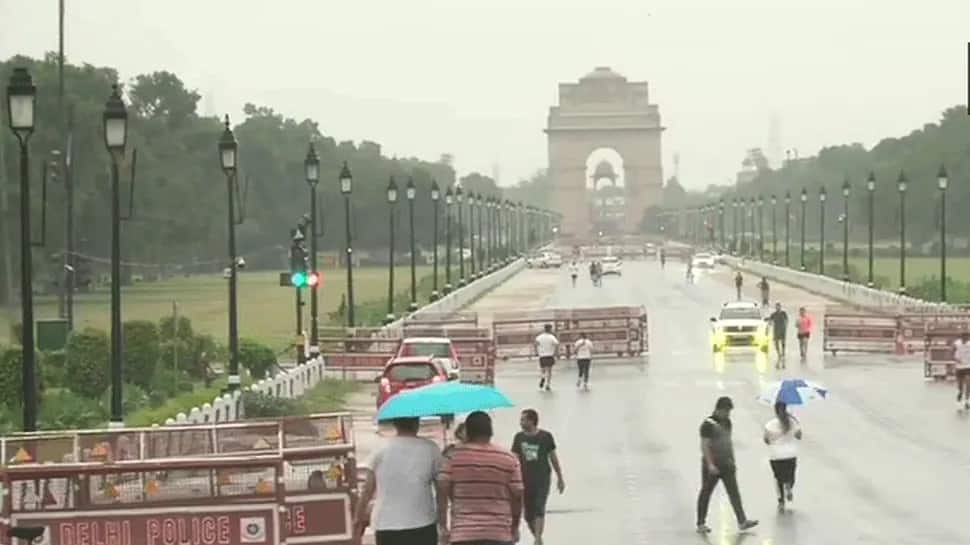 New Delhi: Central Delhi has recorded just 8.5 mm rainfall so far this monsoon and is the second-most rain-deficient district in the country, according to India Meteorological Department (IMD) data.

In India, June 1 to September 30 is officially considered the monsoon season.

Central Delhi has received only 8.5 mm rainfall against the normal of 55.2 mm since June 1 -- a deficiency of 85 per cent.

The rain deficit in Kishtwar district of Jammu and Kashmir is the largest in the country. It has recorded 5 mm precipitation against the normal of 70.6 mm -- a shortfall of 93 per cent.

The weather department on Monday said Delhi and nearby areas in northwest India will have to wait for another week for their first monsoonal showers.

"Prevailing meteorological conditions, large scale atmospheric features and the forecast wind pattern by dynamical models suggest that no favourable conditions are likely to develop for further advance of southwest monsoon into remaining parts of Rajasthan, west Uttar Pradesh, Haryana, Chandigarh, Delhi and Punjab during the next six to seven days," the IMD said in a statement.

The northern limit of southwest monsoon continues to pass through Barmer, Bhilwara, Dholpur, Aligarh, Meerut, Ambala and Amritsar, it said.

After arriving two days late in Kerala, the monsoon had raced across the country, covering eastern, central and adjoining northwest India seven to 10 days ahead of schedule.

Earlier, the meteorological office had said the wind system may reach Delhi by June 15, which would have been 12 days early. However, westerly winds have been blocking its advancement into Delhi, parts of Uttar Pradesh, Rajasthan, Punjab and Haryana.

Normally, monsoon reaches Delhi by June 27 and covers the entire country by July 8.

Last year, the wind system had reached Delhi on June 25 and covered the entire country by June 29.