SAD chief Sukhbir Singh Badal announced the move on Saturday night after attending a core committee meeting of the party. 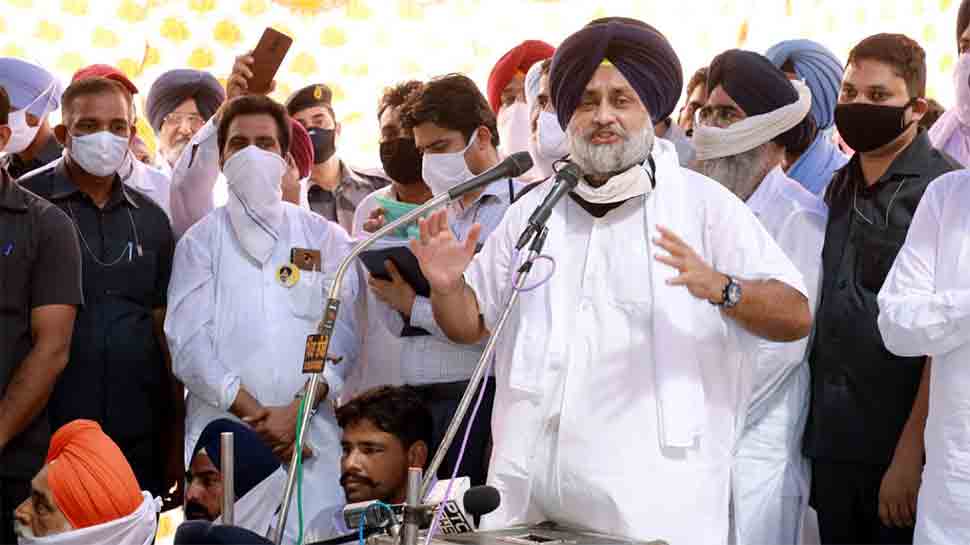 CHANDIGARH: Shiromani Akali Dal, one of the oldest ally of the BJP on Saturday (September 26) announced to quit the ruling party-led National Democratic Alliance (NDA) after sharp difference over three newly-passed farm bills.

SAD chief Sukhbir Singh Badal announced the move on Saturday night after attending a core committee meeting of the party. "The highest decision-making body of the Shiromani Akali Dal core committee at its emergency meeting here tonight decided unanimously to pull out of the BJP -led NDA alliance," Badal said.

According to a party statement, the said the decision to quit the NDA was taken because of the Centre's stubborn refusal to give statutory legislative guarantees to protect assured marketing of farmers crops on MSP and its continued insensitivity to Punjabi and Sikh issues like excluding Punjabi language as official language in Jammu and Kashmir.

The SAD becomes the third major NDA ally to pull out of the grouping after the Shiv Sena and the TDP. The development comes days after SAP MP Harsimrat Kaur resigned from the Cabinet due to rift widening between the two parties over farm bills.

Badal said the SAD will continue to stand by its core principles of peace, communal harmony and guard the interest of Punjab and Punjabi in general, and Sikhs and farmers in particular.

He said the decision has been taken in consultation with the people of Punjab, especially party workers and farmers.

Badal said the Bills on agricultural marketing brought by the BJP-led government are 'lethal and disastrous' for the already beleaguered farmers.

He said the SAD was the oldest ally of the BJP, but the government did not listen to it in honouring the sentiments of farmers.