New Delhi: The Narendra Modi government on Thursday released Rs 47,436 crore to various states in a major boost towards promoting afforestation and achieving green objectives in the country.

The money, released under the Compensatory Afforestation Fund Management and Planning Authority (CAMPA), was handed over by Minister for Environment, Forest and Climate Change Prakash Javadekar at a meeting of State Forest Ministers and Authorities here.

Minister of State Babul Supriyo was also present. Javadekar told the meeting that the state budget for forests shall remain unaffected and the fund being transferred would be in addition to the state budget.

"It is expected that all states will utilise this fund towards forestry activities to achieve the objectives of the nationally determined contributions (NDCs) of increasing the forest and tree cover, which will create an additional carbon sink equivalent to 2.5 to 3 billion tonnes of carbon dioxide by the year 2030," he said.

Javadekar emphasised that the CAMPA funds cannot be used for payment of salary, travel allowances and medical expenses, among others, an official release said.

The other areas which will be covered are soil and moisture conservation works in the forests, improvement of wildlife habitat, management of biological diversity and biological resources, research in forestry and monitoring of CAMPA works, among others. 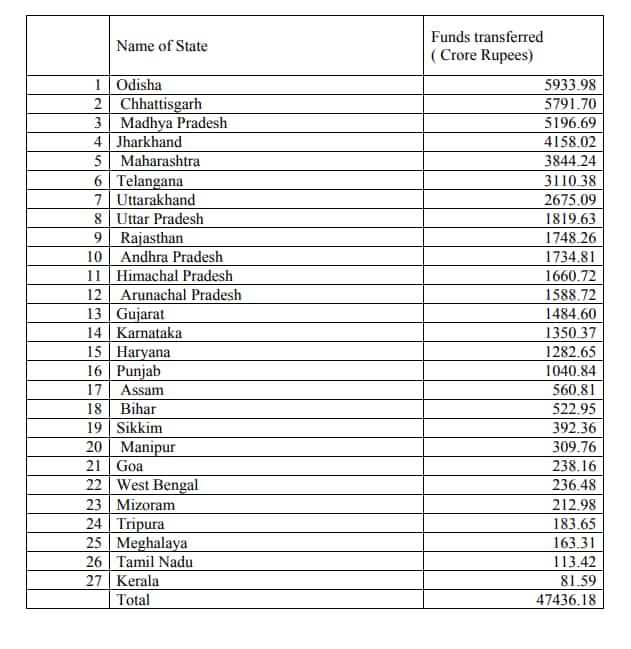 With the initial experience of the states regarding under-utilisation of the money collected towards compensatory afforestation, the Supreme Court had ordered the establishment of the fund in 2001.