A 57-year-old warrant officer in the Indian Air Force (IAF) was diagnosed with the infection on Saturday, the first in Kanpur. 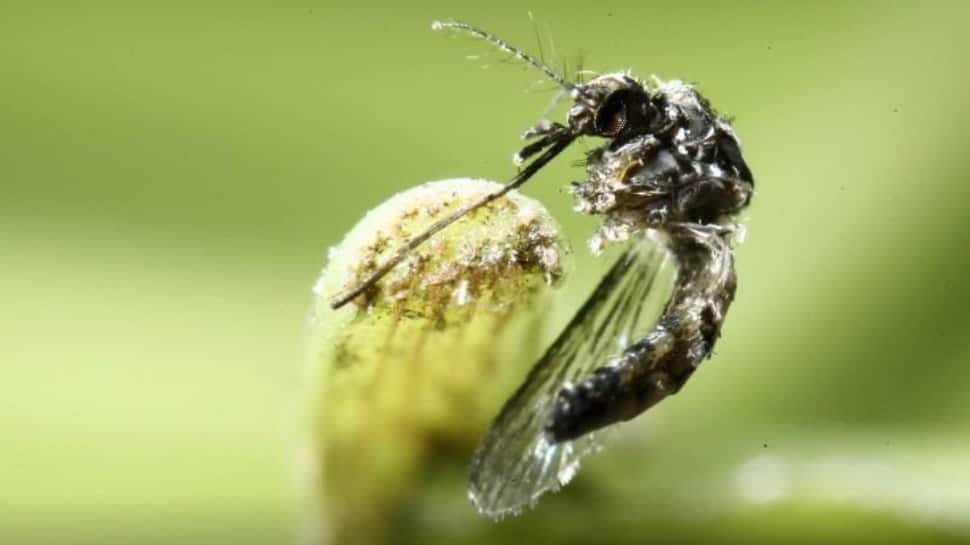 An aedes aegypti mosquito, which causes Zika virus, is pictured on a leaf (FILE PHOTO: REUTERS)
Share:
Written By:

New Delhi: The Union Health Ministry on Monday (October 25, 2021) informed that it has rushed a high-level multi-disciplinary team to Uttar Pradesh's Kanpur where a Zika virus case has been reported. The multidisciplinary team comprising of an entomologist, public health specialists and gynaecologist drawn from the National Vector Borne Disease Control Programme, National Center for Disease Control and Dr RML Hospital, New Delhi has been deployed to assist the State Health authorities for control and containment measures of the Zika virus disease.

A 57-year-old warrant officer in the Indian Air Force (IAF) was diagnosed with the infection on Saturday, the first in Kanpur.

"The team shall work closely with the State Health Department, take stock of the situation on the ground and assess whether the Union Health Ministry’s Action Plan for Zika Management is being implemented. The team will also recommend necessary public health interventions for the management of Zika in the state of Uttar Pradesh," the Centre said in a press statement.

Earlier on Sunday, Kanpur's Chief Medical Officer Nepal Singh said that the IAF officer was suffering from fever for the past several days and was admitted to the Air Force Hospital in the district.

Following mysterious symptoms in the case, the blood sample was collected and sent to Pune for proper examination which confirmed that the patient was Zika virus positive, he said, adding the report was received on Saturday.

Twenty-two more samples of persons who came in contact with the patient and those who have the same symptoms have also been sent for examination, Singh stated.

Health and civic bodies' officials have been put on alert to deal with the situation. Besides, several teams have also been tasked to check the spread of the virus in the district, officials said.

Caused by a virus transmitted primarily by Aedes mosquitoes, which bite during the day, symptoms of this disease are mild fever, rash, conjunctivitis, muscle and joint pain, malaise or a headache.