"Major penalty proceedings have been initiated against Bandyopadhyay as per relevant service rules," an official said. 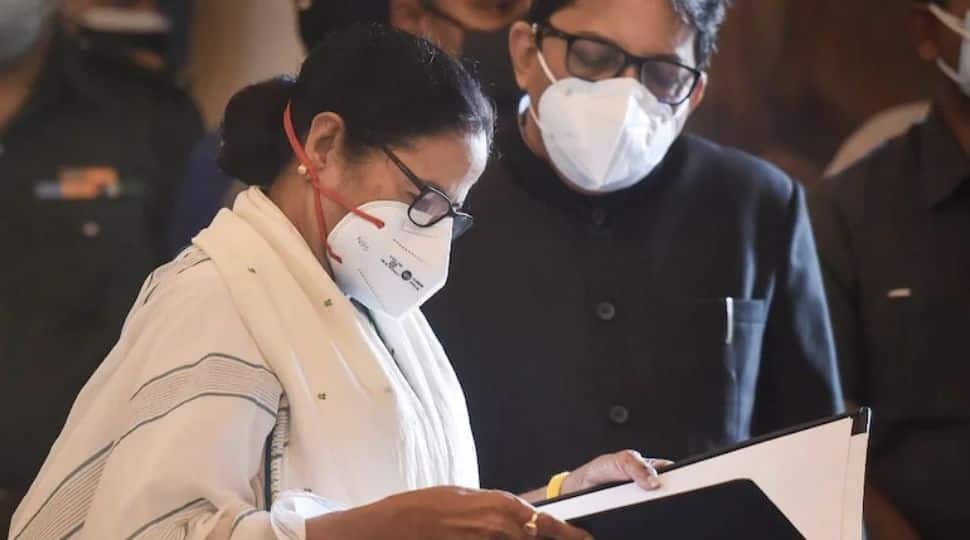 New Delhi: The Centre has initiated "major penalty proceedings" against former West Bengal Chief Secretary Alapan Bandyopadhyay, amid a tug-of-war between the Union government and the Mamata Banerjee dispensation over him, which may deprive him of post-retirement benefits, partially or fully.

The Department of Personnel and Training (DoPT) has sent Bandyopadhyay, now an advisor to West Bengal Chief Minister Mamata Banerjee, a "memorandum" mentioning the charges and giving him 30 days to reply, officials said Monday (June 21).

The former chief secretary has been warned of major penalty proceedings which allows the Central government to withhold pension or gratuity, or both, either in full or in part, they said.

"The substance of the imputations of misconduct or misbehaviour in respect of which the inquiry is proposed to be held is set out in the statement of Article of Charge," it said.

Alapan Bandyopadhyay, a 1987-batch IAS officer (retired) of West Bengal cadre, was "directed to submit within 30 days of the receipt of this memorandum a written statement of his defence and also to state whether he desires to be heard in-person".

"Major penalty proceedings have been initiated against Bandyopadhyay as per relevant service rules," an official said.

The rules allow the Central government to withhold "pension or gratuity, or both, either in full or in part, whether permanently or for a specified period".

It also allows the Centre to order the "recovery from pension or gratuity of the whole or part of any pecuniary loss caused to the central or a state government, if the pensioner is found in a departmental or judicial proceeding to have been guilty of grave misconduct or to have caused pecuniary loss to the central or a state government by misconduct or negligence, during his service, including service rendered on re-employment after retirement".

The Centre had on May 28 sought services of Bandyopadhyay, barely a few days after he was given a three-month extension beyond the date of his superannuation (May 31), and asked the state government to relieve him immediately with a direction to him to report at DoPT, New Delhi.

The DoPT had sent him a reminder after he failed to report in response to its May 28th order.

As the tussle between the Centre and the state continued over the order, Mamata Banerjee on May 31 said that Bandyopadhyay has "retired" and been appointed as her advisor for three years.

The Union Home Ministry has also slapped a show-cause notice on Bandyopadhyay under a stringent provision of the Disaster Management Act that entails imprisonment for up to two years, for abstaining from a meeting presided by the Prime Minister Narendra Modi on Cyclone Yaas.

The notice said Bandyopadhyay "acted in a manner tantamount to refusing to comply with lawful directions of the central government".
Bandyopadhyay had responded to the Home Ministry's notice.